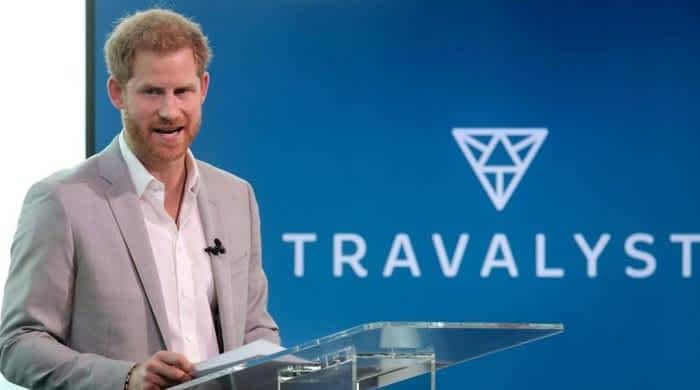 Britain’s Prince Harry on Tuesday launched a new sustainable tourism project, just weeks after coming under fire for taking private jets on holiday with his family.

“We could all do better, and while no one is perfect, we all have a responsibility for our own individual impact,” Harry said at the launch in the Dutch capital Amsterdam.

“So today after two years of behind-the-scenes conversations and planning, we’re going to start with the tourism industry.”

The prince also addressed a media furore in Britain over a series of private flights over the summer with his American wife Meghan and son Archie, who was born in May.

One of the trips was to the home of pop star Elton John in Nice, France.

“I spend 99 percent of my life travelling the world by commercial. Occasionally there needs to be an opportunity based on a unique circumstance to ensure that my family are safe, and it’s genuinely as simple as that,” Harry said.

Harry and Meghan’s travel arrangements raised controversy because of the prince’s previously outspoken stance on the need to tackle climate change.

The Travalyst project said in a statement that it would “initially explore and promote solutions that help drive sustainable practices and consumer choices” in tourism.

These will include “supporting local people, protecting wildlife, tackling climate change and environmental damage, and alleviating over-tourism”, it said, adding that it would announce more details “in due course”.