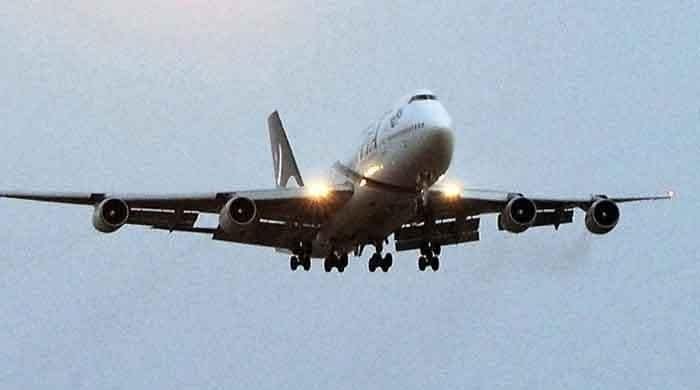 An aircraft flies towards its destination. Photo: AFP

A Peshawar-Karachi flight was cancelled on Thursday after it emerged that a mouse had sneaked into the plane, Geo News reported.

The flight was supposed to depart from Peshawar airport at 4:00 pm for Karachi when the captain saw a mouse sneak aboard the plane.

The captain informed authorities about the presence of the mouse on the plane following which a rigorous search for the mouse — that lasted a few hours — began but to no avail. Authorities were not able to find the mouse.

Sources told Geo News that the flight was cancelled by the airlines authorities and passengers were transported from Peshawar to Islamabad via bus.

The passengers will be flown to Karachi via another flight from Islamabad, confirmed sources.