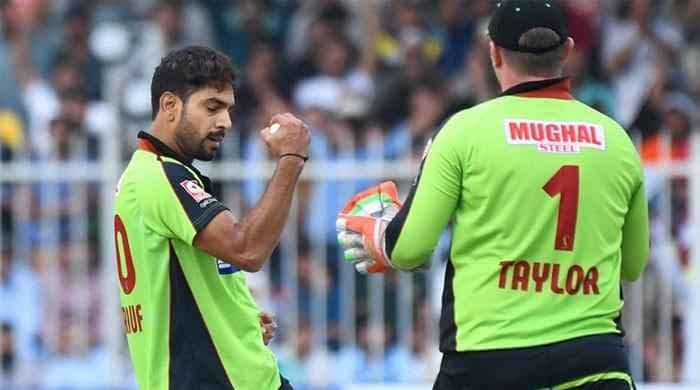 Sharjah: Lahore Qalandars’ fast bowler Haris Rauf has been fined 10 per cent of his match fee for violating the PCB’s Code of Conduct during Friday’s match against Multan Sultans in the Pakistan Super League 2019 at the Sharjah Cricket Stadium.

Haris Rauf of Lahore Qalanadars breached article – 2.1.4 of the PCB Code of Conduct, which relates to “using language or a gesture that is obscene, offensive or insulting during a match.”

Incident took place after running out Multan Sultans’ Dan Christian in 19.1 over, Haris Rauf came into the face of the departing batsman in a manner which was insulting and also against the spirit of the game.

Haris pleaded guilty to the offence.

Range of punishment in a Level 1 offence– Warning / reprimand and / or the imposition of a fine of up to 25 per cent of the applicable pro rota of the total match fee.

'Tubelight' is a faithful translation of Hollywood’s 'Little Boy'