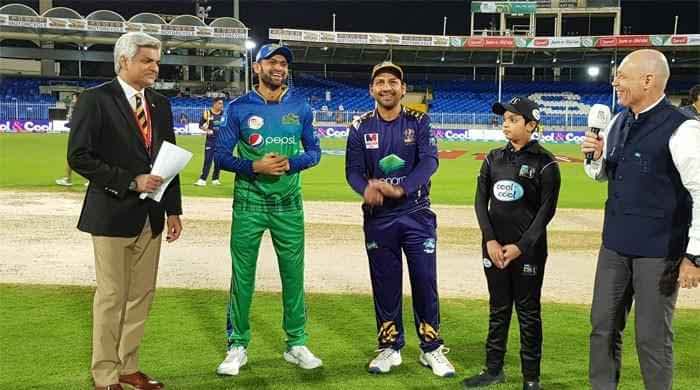 DUBAI: Cricket fans see a close contest in today’s match between table-topper Quetta Gladitors and Multan Sultans, according to a survey.

The poll ‘Who will win today’s match’ was conducted on Geo Super’s WhatsApp Chatbot before the match.

Thousands of cricket fans participated in the poll, of them 49.3 percent supported Quetta Gladiators while 49.8 percent voted in favor of Multan Sultans.

Only 0.9 percent voted that the match will be ended in draw.

Quetta Gladiators have won to toss and opted to field against Multan Sultans.

In a first, famed Pakistani sports channel Geo Super has brought to its valuable viewers, the world’s first ever Whatsapp-oriented interactive Chatbot.

For increased viewer participation and satisfaction, the distinct Chatbot offers a wide range of features to its subscribers. In the wake of the on-going Pakistan Super League (PSL), the bot offers match summary alerts sent to all users every 20 minutes.

You can also participate in the poll via Chatbot.

Here's why Shruti Hassan is miscast in 'Behen Hogi Teri'