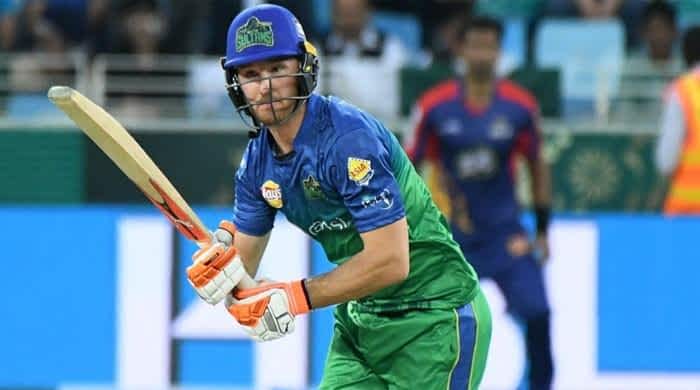 SHARJAH: Multan Sultans’ new recruit Laurie Evans looks forward to a memorable tour of Pakistan once the matches of the PSL 2019 shift to the country, trusting the security arrangements made for the teams.

Evans, 31, hit a polished 49 in Multan’s narrow seven-run defeat against Karachi Kings on his PSL debut before managing 15 in his team’s win over Lahore Qalandars.

Evans said it will be exciting to tour Pakistan when the league shifts there for the last eight matches, including the March 17 final in Karachi.

“Pakistanis are enthusiastic about cricket,” said Evans. “I am sure there is a real desire to bring international cricket back to the country. I am really excited to go to Pakistan and I am sure I will be looked after really well.

“That should be a great experience and I am sure it will be a memorable one and I am really excited and look forward to the games coming up.”

Evans will not be the first England player to tour Pakistan. For the first final played in Lahore in 2017 and three matches in Karachi and Lahore last year, Chris Jordan, Dawid Malan, Liam Dawson, Tymal Mills, Ravi Bopara and Samit Patel (2018) toured Pakistan.

“Every time I have played with someone from Pakistan, its been nothing but lovely,” said Evans who has also played in the Afghan League in Sharjah last year and Bangladesh Premier League this year.

“They are talented cricketers, so certainly Pakistan is a great cricketing country.”

Evans said he believes the security personnel who have put good security arrangements for the players and teams.

“I just trust the people looking after us,” said Evans. “We are looked after well here (in UAE). They wouldn’t put us in danger any more than they put themselves in danger. So, I am sure hopefully everyone in Pakistan wants the PSL to do well and it will be absolutely fine.”

Playing for Sussex in the Twenty20 blast in England last year, Evans topped the batting charts with 614 runs in 15 matches at a strike rate of 135.84. He also hit a blistering hundred for Rajshahi Kings in the BPL last month.

But Evans believed the bowling standards are the best in PSL.