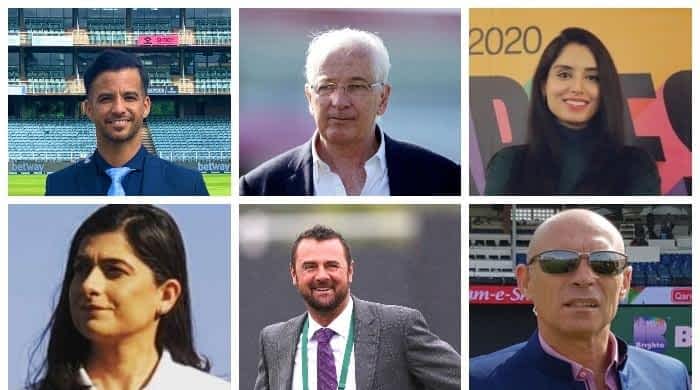 Zainab Abbas to continue with presenting dutiesTariq Saeed and Sikander Bakht to do Urdu commentaryThe likes of JP Duminy, Pommie Mbangwa to feature as commentators

LAHORE: Former England captain-turned-commentator David Gower will be among a group of foreign commentators that will be part of the Pakistan Super League’s commentary panel for the tournament that will kick off this week.

The commentary panel for the month-long event that starts at the National Stadium Karachi on Saturday, 20 February, was unveiled today by the PCB.

“Pakistani commentators synonymous with the league including Bazid Khan, Ramiz Raja, Sana Mir and Urooj Mumtaz will be doing bi-lingual commentary while renowned Urdu commentator Tariq Saeed and Sikandar Bakht will be part of the panel as Urdu commentators,” said the press release.

However, the former England captain and Danny Morrision will only be part of the commentary panel for the Karachi leg of the tournament.

Gower will not be the only one appearing as a commentator for the first time. It will also be a first for Simon Doull and former South African all-rounder JP Duminy. The PCB said that Duminy and Mbangwa will join the commentary box for the second leg in Lahore.

The PCB said that the tournament will be produced in Full HD mode by the consortium of Blitz Advertising/Transgroup & NEP.

“The HBL PSL 6 will be produced with a 30 + camera setup, the production will be Full HD, while the majority of the lenses will be 4K for extra sharpness of the pictures,” said the press release.

The setup includes super slow motion cameras, ultra-motion, Spidercam with ‘Parvàz’, Hawkeye with all DRS enhancements, buggy-cam with player interview capability and drone camera among others, the statement added.