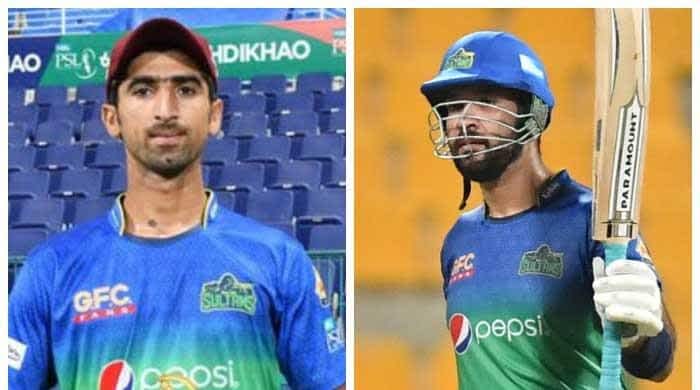 Both of them emerged as top players of the league with Dahani bagging the award of Best Bowler while Maqsood was given the best batsman and player of PSL 2021 awards due to his exceptional batting performance.

According to Geo News sources, the Pakistan Cricket Board (PCB) has still not finalised the central contracts for the men’s team which are going to expire today.

The PCB officials are working on the contracts and discussions are underway about some players while the fitness of a few is also a matter of concern for the board.

It was expected that the players will be given the new contracts before the England series but various reasons prevented that from happening.

Sources within the PCB told Geo News that the contracts are under review, in final stages, and the players’ names for the contracts will be announced either this week or at the start of the next week.

“Performance and fitness of the players would be the priority for the new contracts and the same is being tested during a training session in England,” they said.

Some players might be promoted to a higher category while some may face demotion depending on their performance during the past few series.

Hassan Ali and Faheem Ashraf are expected are also being considered for the new contracts.