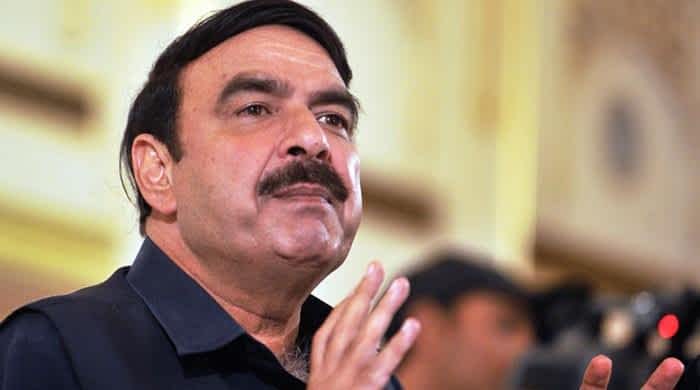 KARACHI: Federal Minister for Railways Sheikh Rasheed Ahmed on Saturday said  the federal government is working on restoration of Karachi Circular Railway to resolve the issue of travelling in the mega city, adding that it wanted to remove all encroachments on the track of KCR in minimum time.

Addressing a press conference in Karachi, the railways minister said PTI government also desired to lay a railway track from Peshawar to Jalalabad to improve connectivity between Pakistan and Afghanistan.

He dismissed reports of a plan to handover some passenger trains to private sector.

Ahmed was referring to Bilawal’s interview with BBC Urdu where he said Nawaz Sharif’s stance was his own. “The PPP will neither submit resignations nor stand with the PML-N,” he predicted.

The seasoned politician said Nawaz and Maryam Nawaz were headed towards a dead-lock. “I have never seen a politician who prefers judo karate to dialogue.”

The federal minister said Prime Minister Imran Khan was open to talks on everything except granting NRO.

When asked about Jahangir Khan Tareen’s return, Ahmed said the former proved critics wrong. “They said he ran away but he has returned.”

Ahmed said the democratic process in the country will continue to strengthen and incumbent government will complete its constitutional term.

The federal minister said things will change after November 16. “Let’s see if the losers accept their loss,” he remarked. “It would be a shame if they don’t accept the decision of Gilgit-Baltistan’s people.”