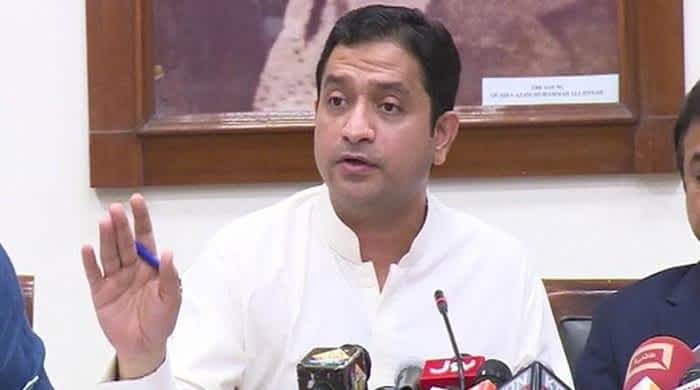 Criticising the Sindh government’s latest coronavirus measures to contain the spread of the novel coronavirus, including shutting down markets by 6pm, Pakistan Tehreek-e-Insaf leaders have said reducing the market hours will not only cause overcrowding in the bazaars but also affect the financial situation of traders, who are still suffering due to the impact of the previous lockdown.

Leader of Opposition in Sindh Assembly Firdous Shamim Naqvi, addressing a press conference at the Insaf House on Wednesday, said Chief Minister Murad Ali Shah had earlier tried to destroy the economy of the country.

“The PTI-led federal government had turned their complete lockdown into a smart lockdown. But once again the Sindh government is trying to lock down the economy under a conspiracy,” he said.

Praising the federal government and Prime Minister Imran Khan for making timely and wise policies to contain the coronavirus pandemic in the country, Naqvi said Pakistan had become one of the top ten countries that had successfully controlled the coronavirus spread. “It was the strategy of Prime Minister Imran Khan that our country could not afford a complete lockdown.”

Criticising the Pakistan Peoples Party leadership, Naqvi said that there was a clear contradiction in the words and deeds of its leadership. “On the one side, the PPP leaders have been asking people to join the rallies of opposition alliance’s parties, and on the other hand, they are staging a drama of imposing a lockdown in the city.”

The PTI leader asked the PPP leadership not to play politics over the pandemic and said the city had suffered in the past because of the Sindh government’s poor strategy. “Business hours should not be reduced nor should markets be closed. Reducing market hours will increase the crowds in the markets. Instead, increasing the duration will increase employment and prevent overcrowding.”

Naqvi said the All Pakistan Textile Mills Association recently thanked Prime Minister Imran Khan for providing facilities that would create 500,000 jobs. “The Sindh government has increased the prices of commodities by backing the hoarders. We are watching their conspiracies. Stop these conspiracies and let democracy flourish,” he said.

PTI Karachi president and MPA Khurram Sherzaman said that the PPP always treated Sindh like a stepmother in difficult times. “The federal government had a policy from the beginning that there should be no complete lockdown,” he said. “Sindh government thinks the coronavirus only leaves after 6pm.”

Blaming the PPP leadership for the recent rise in coronavirus cases in Sindh, Sherzaman said the ruling party in the province had organised a rally for the Pakistan Democrat Movement (PDM) in Karachi and spread the virus among the people.

He said problems related to restaurants and the construction industry should be solved because they were sources of livelihood for millions of people. The PTI leaders condemned the assassination of PTI provincial leader Sardar Sharif Buledi, who was killed in the Jacobabad district on Monday, and demanded of the chief minister and the provincial police chief to immediately take the suspects nominated in the case into custody.

Eight more people have died due to Covid-19 and another 1,348 cases have been reported during the past 24 hours in Sindh, with the death toll due to the viral disease reaching 2,864 in the province.

Chief Minister Syed Murad Ali Shah said in his daily situation report on the health emergency on Wednesday that 12,159 samples were tested in the past 24 hours, resulting in 1,348 people, or 11.1 per cent of those who were screened, being diagnosed with Covid-19.

The provincial government has so far conducted 1,929,972 tests, which have resulted in 167,381 positive cases, which means that nine per cent of those screened have been found to be infected, he added.

He said that 16,953 patients are currently under treatment: 16,226 in self-isolation at home, 13 at isolation centres and 714 at hospitals, while 614 patients are in critical condition, of whom 58 are on life support.

He added that 607 more people have recovered during the past 24 hours, increasing the number of cured patients to 147,564, which shows the recovery rate has fallen to 88.1 per cent.

As for the other divisions of the province, Hyderabad has reported 106 new cases, Badin 73, Jamshoro 31, Shaheed Benazirabad 26, Sanghar 21, Matiari 16, Umerkot 13, Sujawal nine, Mirpurkhas and Sukkur eight each, Naushehroferoze seven, Ghotki six, Khairpur and Thatta three each, and Dadu and Tando Mohammad Khan two each, he added.

The chief executive advised the people of Sindh to comply with the standard operating procedures issued by his provincial government to limit the transmission of the novel coronavirus.