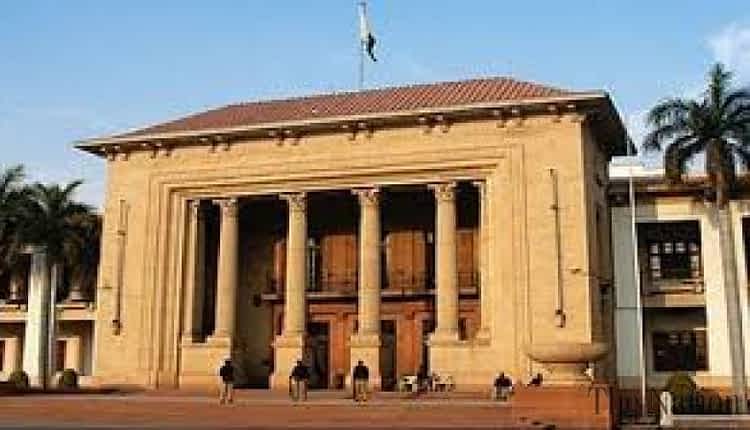 LAHORE   –  The Punjab Assembly on Friday passed six bills including the Sugar Factories (Control) (Amendment) Bill 2021 with majority amid rumpus from the opposition benches.

The treasury benches also introduced two bills in the House which were referred to the relevant committees. The session started two hours and 15 minutes behind the scheduled time with Panel of Chairman Mian Shafi Muhammad in the chair.

In a rare move, the chair suspended the rules pertaining to taking up Question Hour and followed by Zero Hour immediately after recitation of Holy Quran and Na’at at the initiation of the House proceedings. The chair allowed Law Minister Raja Basharat to move and get passed six draft laws and introduce two more bills.

The Punjab Home Based Workers Bill 2021 and the Punjab Shops and Establishment (Amendment) Bill 2021 were introduced which the chair referred to the relevant committees.

PML-N’s Malik Ahmed Khan accused the government of doing legislating in haste in violation of the rules.

Raja Basharat brushed aside the allegations, saying that all the bills were passed according to the rules.

PML-N’s Khalil Tahir Sindhu drew attention of the House towards the report of cut in the share of Punjab from federal resources in the upcoming fiscal year. He said that Punjab chief secretary had expressed concerns over the issue. He said that Finance Minister should come and take the House into confidence. Former Speaker Rana Muhammad Iqbal also supported the argument of his colleague and demanded taking stance for rights of the province.

On completion of agenda, the chair prorogued the session.