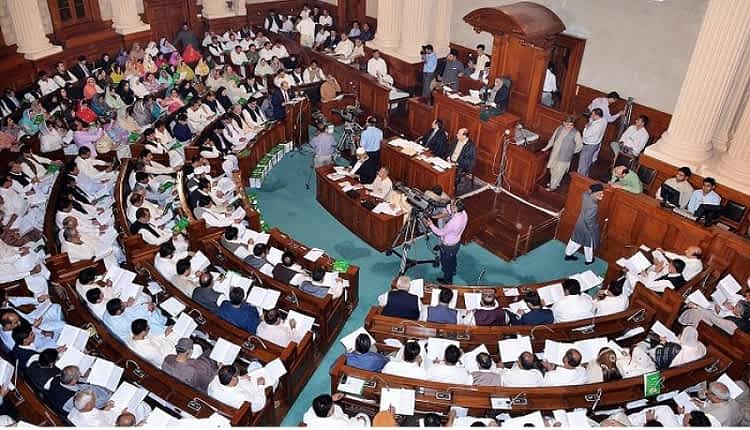 The budget of Punjab for the fiscal year 2021-22 with an outlay of 2600 rupees billion will be presented in the provincial assembly today (Monday), reported.

Punjab Finance Minister Hashim Jawan Bakht will present the budget in the house.

Punjab Chief Minister Usman Buzdar has summoned a special session of his cabinet tomorrow ahead of the budget. The special meeting of the Punjab cabinet will approve budget proposals for the upcoming fiscal year. The cabinet meeting will also give its nod to the revised budget estimates.

It is pertinent to mention here that the Punjab government had planned to put together a budget of about Rs2,600 billion for the fiscal year 2021-22, with the development sector eyeing Rs560 billion this year, and is expected to lay it before the provincial assembly on June 14.

For the ongoing projects, the provincial government had recommended setting aside around Rs250 billion, the sources privy to the developments had entrusted to ARY News.

It was also expected that the development budget for education and health see raise of 1.5 per cent in that budget, while for Sehat Card, a health insurance initiative, Rs60 billion had been recommended.

For Punjab’s road infrastructure, the province is to set aside Rs30 billion under PSDP and for Covid-hit business sectors, a package worth Rs50 billion is being suggested.