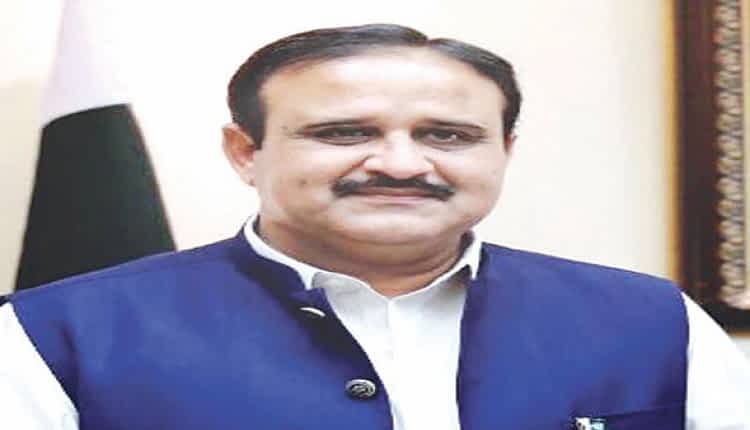 LAHORE – The 44th provincial cabinet meeting, held under the chair of Chief Minister Punjab Sardar Usman Buzdar at his office on Thursday, approved a 25 per cent special allowance for more than 0.721 million provincial employees of Grade-1 to 19 from June 01, 2021.  The Cabinet also approved Rs 7.10 billion for free medical facilities to the residents of DG Khan and Sahiwal divisions under the first phase of the Universal Health Insurance Programme.

The whole population of the province will be given free health coverage, up to Rs 7.20 lakh, by December this year, the CM said and directed the health department to expedite the procurement of the corona vaccine.

The Cabinet approved an amendment in the Punjab Board of Revenue Act, 1957 to early decide revenue cases by withdrawing the right of second review appeal in revenue cases. It approved in principle to provide financial assistance to the rain-hit Hafizabad, Sahiwal, Okara, Pakpattan and other districts.

for compensation of death and financial losses and CM directed expeditious steps in this regard.

The meeting approved amendments in the 122-year-old Stamp Act of 1899 to authorise BoR to audit private housing societies.   Record of flats and multi-storey buildings will be compiled to collect revenue. The CM directed to devise a master plan for all the cities and a committee was constituted for this purpose. In-principle approval was given to exempt affordable housing projects in peri-urban areas from PRA’s sales tax. Extension in the contract of PFSA’s DG Muhammad Ashraf Tahir was approved and it was also decided to take steps to encourage new talent.

Formal approval of Imran Amin as CEO of Ravi Urban Development Authority on merit along with the nomination of new members was given.

Similarly, an amendment in Punjab Arms Rules, 2017 was given to authorize Deputy Commissioners the transfer and modification of arms licenses.

Legal amendments for Inspection and Certification of Private Vehicles (Motorcar) were approved as well.

Under Punjab Green Development Programme, private vehicles older than five years will have to get a road fitness certificate while a fine will be imposed on three-wheeler motorcycle rickshaws for traffic laws violations.

Biometric verification and an urgent fee processing system will be introduced to make vehicles’ registration and sale and purchase system fully transparent.

The biometric verification facility will be available at e-Khidmat centres, NADRA and motor dealers to discourage any sort of forgery.

The cabinet approved Punjab Letters of Administration and Succession Certificates Rules, 2021 to expedite the issuance of inheritance certificates from NADRA. Approval was granted to amend the Punjab Finance Act, 2014 and nomination of BoDs members of Punjab Agriculture and Meat Company.

This will ensure redressal of complaints about the imposition of taxes at luxury houses at the grassroots.

The concerned region director will decide complaints while additional DG will hear appeals.

The Cabinet approved the MoU draft between DISCOs and the Energy Department for net metering of solar power.

It also allowed taking steps for the regularization of 222 employees of the Social Welfare Department along with a change in rules and regularization for the post of Chairman Punjab Zakat and Ushr Council.

The meeting appreciated the performance of IDAP and allowed it to provide services for the repair and maintenance of KPK hospitals. Approval was granted to give Grade 11 to grade 8 Assistant Librarians of the Education Department under the instructions of the Supreme Court.

The exchange of Auqaf land with state land and Punjab Workers Welfare Fund Housing Allotment Policy, 2021 was approved for the construction of the judicial complex in Chiniot.

The meeting approved the presentation of the performance audit reports of One Window Cell of LDA, Housing Urban Development and Punjab Health Engineering for 2016-17 before the Punjab Assembly. It also allowed tabling AGP reports about the accounts of district governments and Punjab government for 2017-18, 2018-19 and 2019-20 before Punjab Assembly.

Minutes of the 43rd cabinet meeting was endorsed along with the approval of decisions of the 57th meeting of the Cabinet Standing Committee for Finance and Development.

The decisions of the Cabinet Standing Committee for Legislation made in its 56th, 57th, 58th and 59th meetings were also endorsed.