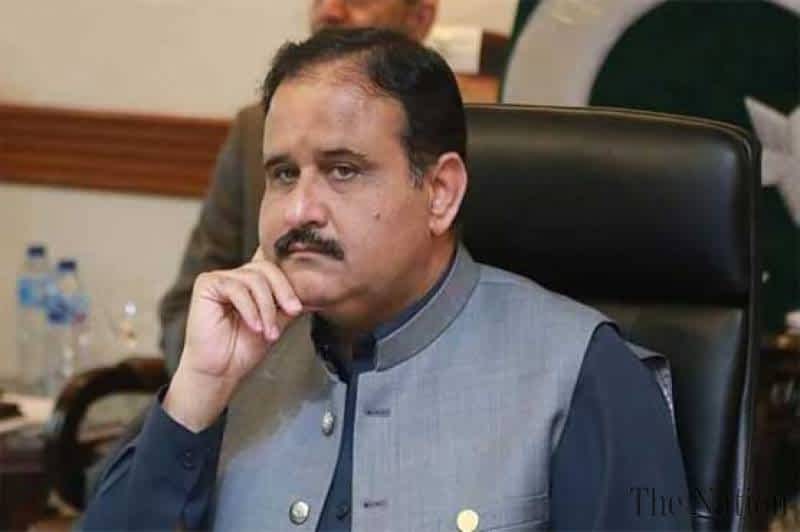 On the instruction of Punjab Chief Minister Sardar Usman Buzdar, a special meeting of the Cabinet Committee for Anti-Corona was held at Chief Minister’s office today which took important decisions for protecting the public from the second wave of corona as well as strict implementation on precautionary measures. The Cabinet Committee for Anti-Corona showed great concern over the increase in numbers of corona patients in the province and decided to impose smart lockdown in areas with corona cases. The meeting took strict notice over the violation of corona SOPs in some markets and bazaars and decided to close such markets and bazaars involved in violating corona SOPs.

Provincial Minister for Health Dr Yasmeen Rashid, while addressing the meeting informed that the number of positive coronavirus cases is increasing in Punjab and ratio of positive test rate has also increased. She said there are 418 patients are under treatment in public hospitals out of these patients 76 are critical. Minister Health said that on the direction of Chief Minister Usman Buzdar, there is ample stock of essential medicines and PPEs. The health department will buy more PCR kits for corona tests, she added. Mian Aslam Iqbal said that all necessary measures will be taken to deal with the second wave of coronavirus. He further stated that the numbers of corona patients are increasing due to not wearing masks. He said trader organizations will be bound to enforce wearing masks in markets and bazaars. The meeting was agreed to evolve a strategy for the best management of the beds in the hospitals and for this purpose a separate dashboard will be set up which will provide all the information regarding beds in the hospital. Public health is the most important and all the necessary decisions will be taken to protect the lives of the people. It was decided in the meeting to declare Rawalpindi Institute of Urology as corona hospital. Proposal for introducing rapid test was also reviewed in the meeting. The technical group will present final recommendations in this regard. A committee has been set up under the leadership of Dr Yasmin Rashid and Mian Aslam for setting up SOPs for the marriage halls and marquees which will present its final recommendations within 24 hours.

Punjab Chief Minister Sardar Usman Buzdar has said that keeping in view the increasing coronavirus cases and for the wider public interest, it has been decided to impose smart lockdown in the affected areas. Wearing a mask has been declared compulsory. Directions have been issued for the strict implementation of wearing the mask in the markets and bazaars. The Chief Minister said that all necessary steps would be taken to protect the lives of the people of the province. Directions have been issued to the administration and the police for controlling the second wave of corona. He said that the lives of the citizens are most important for the government and no negligence will be tolerated in this regard. He said that the number of active corona patients of corona in Punjab has reached to 6876, moreover, 345 confirm coronavirus patients have been reported whereas one patient has died during the last 24 hours. 9406 corona diagnostic tests have been conducted which take the number of test to 1680320 in Punjab. 97638 corona patients out of 106922 have recovered. 2408 corona patients have died in Punjab.

Punjab Chief Minister Sardar Usman Buzdar went to the shrine of the poet of East Sir Dr. Allama Muhammad Iqbal and laid floral wreath and prayed for the development and progress of the country and nation. The chief minister paid rich tribute to great philosopher Allama Iqbal. Khateeb Badhsahi Mosque Maulana Abdul Khabeer Azad offered to pray. Usman Buzdar said that Allama Iqbal, through his poetry, gave the message of peace and brotherhood. Pakistan can be succeeded by following thoughts and philosophy of Allama Iqbal. Hope and self-respect are the message of Allama Iqbal. He said that Prime Minister Imran Khan is a ray of hope for Pakistan. He said that the foundations of New Pakistan have been laid on the principals of justice and realization. Prime Minister Imran Khan is making new Pakistan in accordance with the thoughts of Allama Iqbal. Special Advisor for Information Firdous Ashiq Awan, Minister Lahore Division, CCPO, Deputy Commissioner Lahore and officers were present on this occasion.

Punjab Chief Minister Sardar Usman Buzdar has expressed a deep sense of sorrow and grief over the incident of cylinder blast in a marriage ceremony in district Kohlu Baluchistan. The chief minister assured the Balochistan government for all possible support in providing treatment for the injured children. On the directions of Usman Buzdar, 18 injured have been shifted to DHQ Hospital D.G. Khan whereas eight critical injured have been sent to the Multan Burn Centre. On the instructions of chief minister Punjab district administration and officials of health department inquired after injured children and review the medical facilities being provided them. Usman Buzdar directed to provide best treatment facilities to the injured children. These are our children and no stone will be left unturned in providing the best treatment to them, he asserted.

Punjab Chief Minister Sardar Usman Buzdar has expressed a deep sense of sorrow and grief over the sad demise of Syed Faiz ul Hassan Shah brother of Minister Auqaf and Religious Affairs, Syed Saeed ul Hassan Shah. Usman Buzdar extended heartfelt sympathies and condolence with bereaved family members and prayed that may Allah Almighty rest the departed soul in eternal peace and grant courage and strength to the heirs to bear this irreparable loss with fortitude.

‘My work is about loss and impermanence of home’: Nida Bangash | Art & Culture | thenews.com.pk