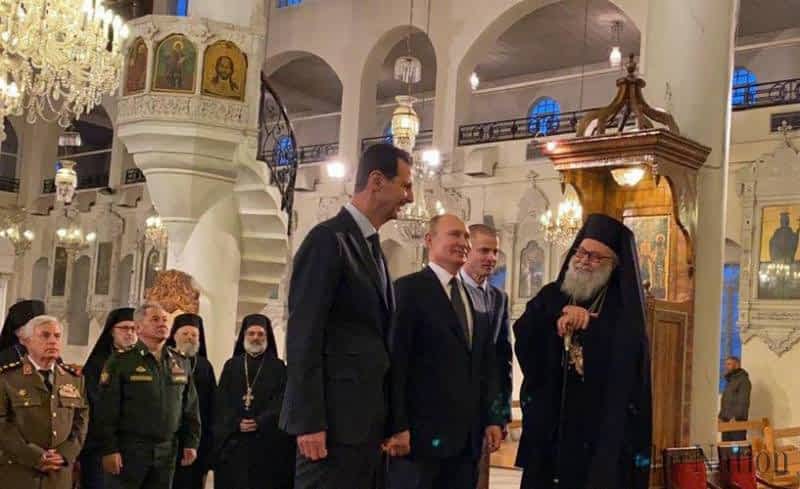 Over 6.5 million Syrian refugees are currently staying abroad, and their return home would serve the interests of the hosting countries, including due to the threat from those of them who are “influenced by radicals”, Russian President Vladimir Putin told his Syrian counterpart, Bashar Assad, on Monday.

“Unfortunately, over 6.5 million refugees are currently outside Syria. Most of them are employable citizens who could and should participate in the restoration of their country. Apart from that, their return serves the interests of the countries of staying, first of all, Syria’s neighbours”, Putin said, pointing to the significant expenses carried by these nations and also noting that young refugees “are often influenced by radicals, join militants and can pose a threat to the country of staying.”

Russia has been supportive of the Syrian government’s initiative aimed at refugee return for years, the president recalled.

Over 850,000 Syrians have already returned home from abroad, Putin said.

The Russian leader also reaffirmed Russia’s support for the international conference on Syrian refugees and internally displaced persons, which will be held in Damascus later this week.

“Russia fully supports this event and actively assists preparations and organisation … The Russian delegation will be one of the biggest ones, it will comprise experts from over 30 ministries and agencies. Apart from participating in the forum, they plan contacts with Syrian colleagues for discussing the most pressing issues related to the bilateral cooperation”, Putin said.

Russia will soon deliver over 65 tonnes of humanitarian cargo to Syria, the president announced.

The two presidents held a videoconference earlier today, discussing various topics, including the restoration of the situation in Syria.

“One has to remark on the effective work that is being done within the Astana format that we do with our partners from Iran and Turkey. We have been able to do a lot together — the hotbed of international terrorism in Syria has been eliminated, the level of violence has been lowered, the peaceful life is being built, the inclusive political process is ongoing under the aegis of the United Nations”, Putin said.

Russia is still making an effort to help normalise the situation in Syria, restore its sovereignty and territorial integrity, Putin said.

Throughout Syria’s long-running conflict, Russia has played an active role in providing humanitarian assistance and medical help to the people of the war-torn Middle Eastern country.