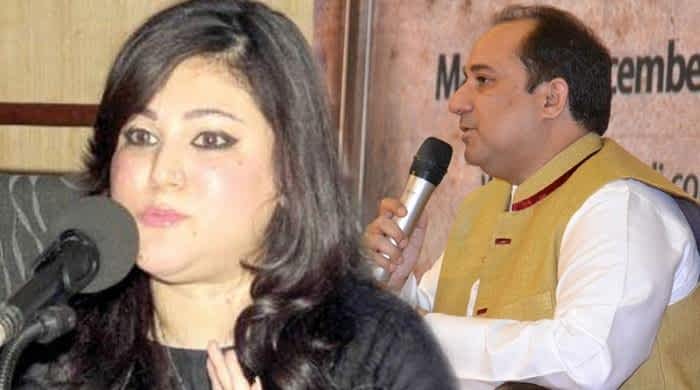 KARACHI: In response to the press conference by Nida Nusrat, daughter of late legendary musician Ustad Nusrat Fateh Ali Khan, famous singer Rahat Fateh Ali Khan said that he did not need anybody’s permission to sing the qawwalis of Nusrat Fateh Ali, who was his paternal uncle and also his music teacher.

According to a Geo News report, Rahat Fateh Ali said while talking to media: “I am the successor and the adopted son of my ustad and uncle Nusrat Fateh Ali Khan and I don’t need any permission to sing his songs and qawwalis”.

He further said, “It had never been a tradition in the legacy and history of our family, which spanned over 600 years in the art of qawwali and sufi music.

Rahat told that his uncle and ustad Nusrat Fateh Ali Khan played an important part in his training.

The renowned singer said, “I have kept this family tradition alive since I was made the successor by Ustad Nusrat Fateh Ali Khan over 20 years ago. I have always tried to take my family’s name to the top in the world of music after both my father and my uncle passed away”.

Rahat further said: “If you see that I have taken my family’s name and performed at the Noble Peace Prize, in fact I was the headline performer there, I have performed at the United Nations General Assembly, I have a music room named after me at the Oxford University music faculty. The name which is attached with me apart from mine, is the name and legacy of my family which I’m carrying and as a tradition, tomorrow my brother and son will carry it as well”.

Rahat Fateh Ali said all this in response to the statement by his cousin and daughter of Ustad Nusrat Ali Khan, Nida Nusrat during a news conference at the Lahore Press Club on Friday.

Nida had asserted that she would take legal action against anyone involved in the copyright infringement of his father’s songs.

However, Nida said that Rahat is her brother and she would not take any action against him.