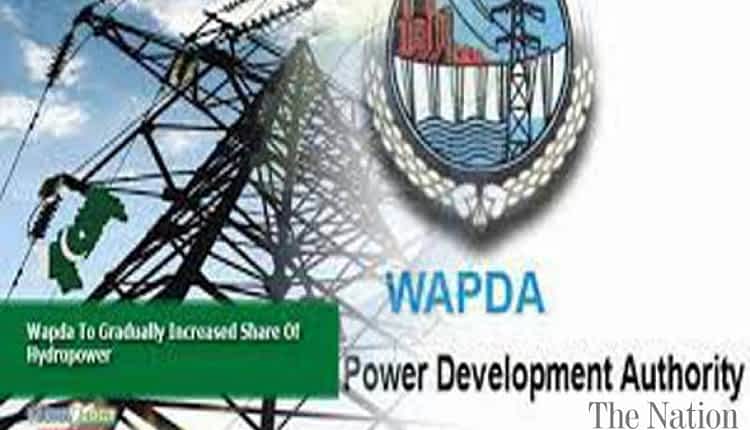 LAHORE – Pakistan Water and Power Development Authority (Wapda) Chairman, Lt Gen (Retd) Muzammil Hussain has said that a more integrated mechanism is needed to harness water resources across the country to attain water, food, and energy security. He was briefing a delegation of the National Security Workshop, National Defence University (NDU), Islamabad. The delegation, headed by Maj Gen Asif Ali visited Wapda House on Friday.  The visiting delegation comprised of members of the National Assembly, Provincial Assemblies of Balochistan, Khyber Pakhtunkhwa, Punjab and Sindh, Legislative Assemblies of AJ&K and Gilgit Baltistan, bureaucrats, officers of the armed forces and members from the civil society. Briefing the delegation, the chairman said that Wapda has been constructing as many as eight mega projects including Diamer Basha Dam, Mohmand Dam, and Dasu to improve water situation in the country and increase the share of low-cost and environment friendly hydropower in the National Grid. These projects, scheduled to be completed one by one from 2022 to 2028-29, will cumulatively add 11 million acre feet to gross water storage capacity, mitigate floods, irrigate 1.6 million acres of land, and generate 9000 megawatt of hydel electricity. Responding to a question, the chairman informed the delegation that Wapda has been executing the projects with an estimated cost of $ 26 billion. An innovative financial plan has been devised to arrange funds for construction of Diamer Basha and Mohmand dams by exploiting its own financial strength with less dependence on national exchequer. Wapda is the first public sector entity that has been given stable outlook,  equivalent to Pakistan by the top three international credit rating agencies of the world i.e. Moody’s, Fitch and Standard and Poor (S&P). Wapda is also the first public sector organisation in the country that is about to launch Green Eurobonds. We are planning to raise $ 2.5 billion through issuance of bonds in next five years as per financial needs for construction of our projects, he added.  Dilating upon the factors behind the dismal water situation, Wapda chief said that per capita water availability in the country has come down from 5650 cubic meter in 1951 to an alarming level of 908 cubic meter per annum, pushing us to the stage of water-scarce country.

Pakistan can store only 10 per cent of its annual river flows against the world average of 40 per cent. In order to tackle the impending water scarcity, we need to have more water storages besides practicing good water conservation and management strategies, the chairman said.