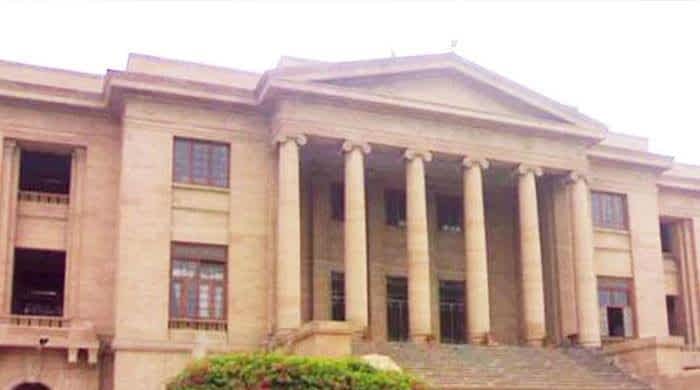 The observation came in a lawsuit proceeding wherein a counsel for a litigant had raised an objection to the appearance of a retired judge of the high court, Rasheed A Razvi, to plead the case of the defendant despite receiving pensionary benefits from the high court.

A single bench of the high court headed by Justice Nazar Akbar had earlier sought explanation from the defendant’s counsel with regard to whether he could still appear in the SHC as a counsel for the litigant despite receiving the pension as a retired judge of the court, and raised some constitutional questions with regard to the interpretation of the Article 270AA(3)(b) along with the Article 207(3)(b) of the constitution.

A counsel for Razvi submitted that the SHC appellant court had suspended the SHC’s single bench orders issued on May 18 and May 24, and sought time to file certified copy of the order as and when it was made ready by the office.

The high court, after perusal of the statement, asked what had been impugned if the court had not passed any order adverse to the interest of the defendant’s counsel such as any direction to suspend payment of pension to him or restraining him from appearing in the court.

The SHC observed that the operative part of the order was only a notice to the attorney general of Pakistan (AGP) and suspension of operation of order on May 24 could only mean restraining the AGP from addressing the court on the said constitutional issues.

The high court observed that the AGP had been put on notice on the request of the defendant’s counsel and despite the division bench order, the assistant attorney general had appeared on behalf of the AGP and requested for time.

The SHC observed that questions of public importance arising out of the objection raised by the litigant’s counsel was that prima facie a permanent judge of the court after his retirement was not supposed to appear before the court in obedience to the Article 207(3)(b) of the constitution.

The high court observed that the 17th Amendment was person specific and it was meant to allow General Pervaiz Musharaf to hold two offices of the army chief and the president of Pakistan in violation of the Article 63(1(d) of the constitution.

The SHC observed that the Article 63(1)(d) was suspended since then army chief wanted to be elected to the office of the president of Pakistan.

The SHC observed that on such interpretation, the said judge would be holding two positions at the same time i.e. the position of a permanent judge having been retired from its jurisdiction and a judge allowed to practise law in the same jurisdiction despite the constitutional embargo.

The high court observed that the 17th amendment made to consciously suspend the Article 63(1)(d) of the constitution in favour of Gen Musharaf but this was not the case with the 18th Amendment when the Article 270AA(3)(b) was introduced in the Constitution.

The high court observed that the Article 270AA(3)(b) could not be interpreted to extend two benefits to one person, and any such interpretation would mean that Parliament had suspended the operation of the Article 207(3(b) for specific persons.

The SHC observed that the framers of the 18th amendment had not intended to confer any right on a citizen of Pakistan in derogation of any of the articles of the constitution.

The high court observed that it would be better if the issues raised by the court could be heard by a bench of two or more judges on a constitutional side. The court directed the office to prepare a separate file from the order sheet containing the orders of May 18 and May 24, and place the said file before the chief justice of the SHC to constitute a bench of two or more judges for the decision on these issues.

The court had also framed some questions with regard to vires of the clause(3)(b) of the Article 270AA in the 18th constitutional amendment dealing with services of those superior court judges who not having been given or taken oath under Gen Musahraf’s 1999 provisional constitutional order (PCO).

The court questioned that whether the benefit of Chief Executive Order-5 of 2000 for those permanent judges who had rendered less than five years in service before they ceased to hold the office of the high court but were allowed to plead as an advocate could be continued even after the amendment in the Article 270 AA and insertion of the clause (3)(b).

The counsel of the retired judge submitted in the high court appeal that the appellant had not taken oath under the former military dictator’s PCO and it was the Chief Executive Order-5 under which he was allowed to plead and act as an advocate in any court in the country as he had not served as the high court judge for five years. He submitted that the appellant had on September 3, 2019, moved an application to the SHC chief justice for grant of the pensionary benefit, which was accepted.

Greek alphabet to be used as names for different virus variants