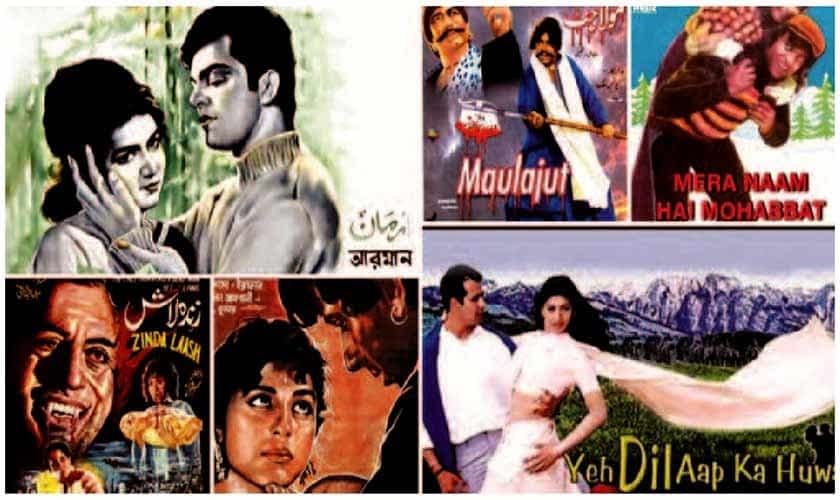 Last week, another meeting was presided over by the prime minister for the revival of the film industry. Afterwards, usual statements resurfaced about details of steps to be taken to help filmmakers.

Such meetings and statements have become a mere ritual. From time to time, attempts have been made to make the film industry stand on its own feet. However, no one has bothered recently to take any tangible step in that direction. The entire focus seems to be on holding meetings at the highest level and later issuing media statements.

During their tenures, the Pakistan Peoples Party (PPP) and the Pakistan Muslim League-Nawaz (PML-N) had hosted similar meetings. They too had issued culture policies to beef up their statements. However, the film industry has remained a dead horse. The biggest problem it faces is a shortage of resources, both human and material.

As it is, this is not a good time to be thinking of reviving films because the circumstances have changed so much for public gatherings, showing and screenings after the onset of the corona pandemic.

While most Pakistanis are hoping that the worst is over, nothing can be said for certain. It is troubling to see the situation in other countries, especially in neighbouring India. The biggest film industry just across the border is now seriously thinking of using the small screen option for its releases. This has been resisted for long but as the crisis seems to be prolonging it has almost brought the investors to their knees.

Amitabh Bachan’s film Gulabo Sitabo was the first major release on the small screen through streaming services. Many others are now planning to follow suit. Some big budget films were earlier held back in the hope of conditions to get normal. However, their producers are now considering releasing them through streaming services as the pandemic has goes on. Akshay Kumar, one of the highest paid actors, is also planning to release his Laxmmi Bomb online.

This is not a matter of a simple switchover from the big to the small screen but a change of the entire ethos of what cinema is supposed to be and its comparison with television. If this becomes the new normal, then the entire approach to cinema will change and a lot of adjustments will have to be made.

The loss of cinematic quality is apparent to all. It was much capitalized upon by the film experts. Television screen was not capable of the same expression as the big screen. However, the option, or the lack of it, will force producers to start to scale down their cinematic expectations and seek more space within the small screen.

In Pakistan, a few releases in the past years have been funded by government agencies. These have been high on patriotism but low in human content. Films can only thrive if the private sector is more involved in the industry. Then there is the question of censorship. Over the years, the space has become increasingly constricted as more subjects and areas have been blacked out for being too tricky to negotiate. Instead of opening the debate for inclusion, the ready answer has been to ban the book, the film, the outfit, the social media sites and channels. The process of exclusion is seen to be the best armour of defence. This may not be so as the world is moving fast and tackling subjects and areas that were taboo in the past. The debate here is still about producing stuff that can be seen by the father and son, mother and daughter together in the presence of grandparents. If so, then films can only be about fairy tales.

Some (snobs) were unhappy even when more than a hundred films were being released annually in this country, including East Pakistan. Calling our movies cheap romantic stuff and song and dance contraptions, they had aspired to rival Hollywood.

Our movies were seen to be too melodramatic and syrupy, technically too amateurish and sloppy. The few films made with the purpose of winning international awards did not cross the Rubicon of the box office and their producers went bankrupt.

The industry was killed by the snobs and the armchair critics. What the masses liked, they saw as too crass. So, the cinema went silent with the small budgeted television channels hogging in all the investment and the talent.

Television did well. What can the state institutions do to help the cinema when people cannot assemble over health concerns. Then there is the question of what can be shown and what cannot be. It seems that those who rule our destiny and taste are very happy with glorified versions of our past and the heightened patriotic gloss-overs. The ability to question entrenched values and look beyond those is the preserve of the arts, including the cinema. Without a vibrant film industry, the homilies of a touted past and patriotism can only produce complacency, not art that provokes and challenges.

SHC issues notices on petition against sale of acid