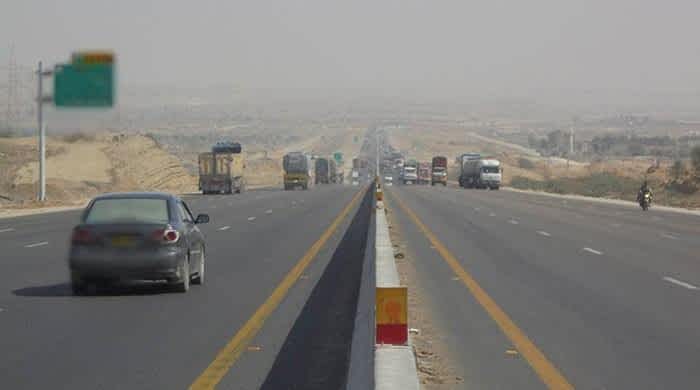 The Sindh government’s Public-Private Partnership Policy Board has approved the reconstruction of a link road between the M-9 (Super Highway) and the N-5 (National Highway) in Karachi.

The decision was taken during a meeting of the board held with Chief Minister Syed Murad Ali Shah in chair at the CM House on Wednesday. The meeting was told that the 21.8-kilometre link road between the M-9 and the N-5 needed to be rebuilt. During the board’s previous meeting, the project had been approved for investors’ solicitation. The board now approved awarding the contract to the bidder and signing the concession agreement.

It was pointed out during the meeting that the Karachi-Thatta road had developed potholes and had some other issues as well, so the chief executive formed a three-member committee. The body comprising Planning & Development Chairman Mohammad Waseem, NED University of Engineering & Technology Vice Chancellor Dr Sarosh Lodhi and the works secretary would visit the road and then submit their findings and recommendations for the project’s private partner.

The meeting was also told that Qingqi rickshaws and similar vehicles have to some extent replaced passenger cars, light goods vehicles and delivery vans on the Hyderabad-Mirpurkhas road.

The Hyderabad-Mirpurkhas Dual Carriageway project was the first public-private partnership project of the province that had been completed in and has been operational since September 2012. The board was requested that appropriate toll tax should be collected from Qingqi rickshaws and similar vehicles on the road. It was also pointed out that commercial vehicles have been using some connecting roads to avoid toll tax.

The board formed a committee to be headed by the CM’s law adviser Barrister Murtaza Wahab and comprising Dr Lodhi and the finance secretary to visit the road and its connecting roads and then submit their recommendations. The board also decided to bring Qingqis into the toll tax net.

The chief executive told the meeting that the Dhabeji Economic Zone is an important economic zone for boosting the economy and generating employment opportunities in the province. He said that the project has already been approved, and then accorded approval for the required funding for the development of roads and the laying of water lines in the area.