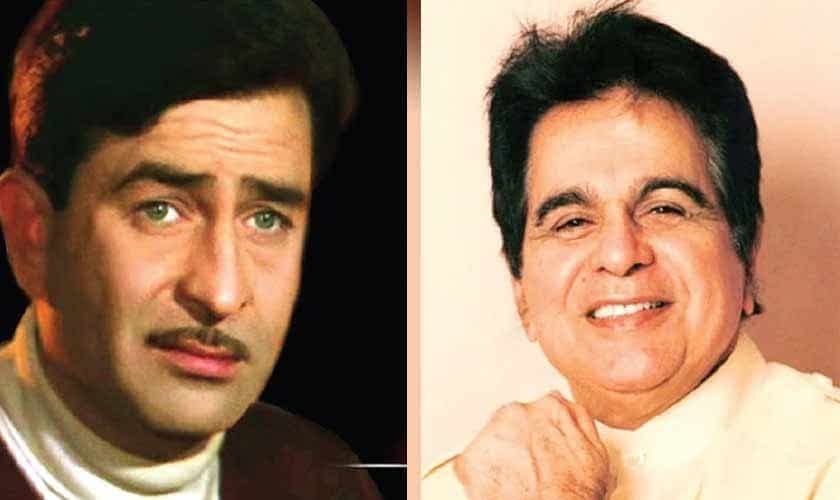 Finally, some progress has been made towards conserving the houses of Dilip Kumar and Raj Kapoor in Peshawar after the release of the sanctioned amount for the properties’ acquisition.

For decades, one would only hear about the plan. It was the Awami National Party government that first approved the plan to restore the two houses as heritage sites. For several years after that one heard nothing else.

Talented people leaving the lands of their forefathers in search of a suitable arena is by no means a recent phenomenon. Thousands of aspiring artists from all over the subcontinent went to Calcutta and Bombay during the 20th Century as these were the earliest centres of film making in the region. Many young men from the Punjab and the then North Western Frontier Province flocked to the city to escape the stifling cultural atmosphere in their native provinces.

It was actually Prithviraj Kapoor who left his ancestral home in Peshawar to try his luck in the glitzy world of show business in Bombay (now Mumbai). An amateur actor with a desire to make a profession out of his skill, he found limited openings in his native city. Afraid that his father might not agree, he relied on the blessings of a maternal aunt, borrowed money from her and left on the Frontier Mail for the dream destination. He was lucky that he was able to make it good. Not only that, a whole dynasty of studio owners, actors, directors, screen play writers and show business entrepreneurs found refuge in the great city. His fourth generation heirs are among dominant actors in the industry today.

Dilip Kumar’s father had left Peshawar and settled in Bombay, seeking better prospects for his fruit business. He must have done reasonably well to have educated his sons. Dilip Kumar, too, joined the film industry on the sly. His father would have nothing of it. Fearing wrath, he hid the fact from his family till he was a star and his posters/ banners were everywhere on the streets, crossroads and roundabouts. It was actually Bhubhaneshwar Kapoor, the father of Prithviraj Kapoor, who let him on to this secret.

Both Dilip Kumar and Raj Kapoor were keen to visit their place of birth. Dilip Kumar got the opportunity when he was invited to visit Pakistan to raise money for philanthropy. When he went back to Bombay, he drove straight from the airport to the hospital where Raj Kapoor was admitted in a critical condition. Raj Kapoor was unconscious, but Dilip Kumar sat by the bedside holding his hand and told him in Hindko/Pashto about his visit. According to Dilip Kumar, he was certain that Raj Kapoor heard him and seemed to be sharing the experience. Raj Kapoor never recovered from his illness and died a few days later. His sons, Rishi Kapoor and Randhir Kapoor, were able to visit the ancestral house when they visited Pakistan in connection with the making of a film, Hina, in which Zeba Bakhtiar was cast in the leading female role. They visited the ancestral house and expressed the desire to preserve the property.

It was actually Prithviraj Kapoor who left his ancestral home in Peshawar to try his luck out in the glitzy world of show business in Bombay (now Mumbai). An amateur actor with the desire to make a profession out of his skill, he found limited openings in his native city and decided to move to Bombay.

The relationship between India and Pakistan has had its ups and downs. The conditions these days may be the worst ever. Any project having to do with India and Indians is a candidate for rejection, leave alone something tangible. Suspicions are aroused easily and a lot of people start crying foul.

The question to ask now is: what will be done to the two houses that have been acquired by the government of the province? Usually, such sites are converted into house museums with artifacts and belongings of the relevant person displayed. Memorabilia about the person is also collected and displayed as a token of recognition of their contribution and public role.

The two houses are in an advanced state of dereliction. Parts of the buildings may have disappeared altogether or been razed to the ground. The first step should be the restoration of the two buildings. Re-building or building a new structure should be avoided at all costs. Whether the memorabilia of the two stars can be collected efficiently and displayed tastefully is another big question.

There have been instances of such sites becoming house museums where nothing happened any longer. They soon become dead places and are rarely visited. It is probably worth an effort to make the two places sites where cultural activities continue to take place. This can take the form of musical performances, exhibitions of posters and brochures of the films, catalogues of the persons and their activities, library of films or of books which people can refer to and then lectures, seminars of cultural value with film taking the centre stage.

Given the current state of film production and cinema in the country, this might provide the fillip to cinematographical activity. The places could become the nucleus where people are inspired and motivated to take the huge step of not only working in films but also restarting the cinema industry in the country.

The places should remind us that people move across areas and regions to express themselves and that this has been the case forever. Artistes have to say something about the human condition and dilemmas that transcends political boundaries. With luck, this could become the site for a resumption of cultural exchanges between the two countries.

The government should be lauded for not letting the cloud of suspicion and fear to lead it to revoke the decision or to put it on hold. The family of another film star, Shah Rukh Khan, also belongs to Peshawar and some of the people in the extended family still live there. His father moved to Bombay in search of greener pastures just before partition and carved a life for himself there, marrying and raising a family.

Imran assures Hazaras of going after terrorists with full force