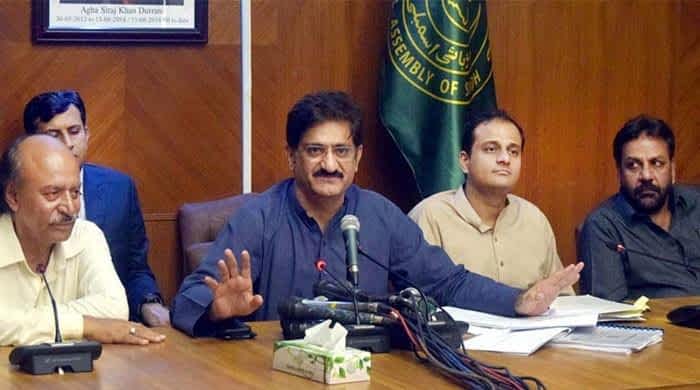 CM Shah presided over a meeting on Thursday to review the financial condition of the KMC, which has failed to pay salaries of its senior employees for the months of November and December 2020.

He found it quite disturbing that even though Karachi being the industrial hub of Pakistan is running the entire country, its municipal body is bogged down in a financial crisis and unable to pay salaries of its senior officers.

The chief executive stressed that the various wings of the KMC, particularly those that are responsible for revenue collection, need to be overhauled to improve the situation. The LG minister pointed out that under the guidance of the CM, the district municipal corporations (DMCs) have not only curtailed their non-developmental expenditures but also increased their revenue collection.

Citing the example of the South DMC, he said that it used to collect Rs9 million from charged parking but now it had increased its collection to Rs750 million. The CM pointed out that this is something do with stopping pilferage.

He said that the Korangi DMC used to spend Rs20 million on lifting trash from its jurisdiction but now they had reduced the spending to only Rs9 million with better management. Similarly, the Central DMC has increased its collection from shops and other such establishments.

The CM said that the KMC has valuable assets such as beautiful parks in the city and huts at the beach. He asked why the municipal body is not running them under public-private partnership so that not only can they become a reasonable source of revenue but also be properly maintained.

Administrator Ahmed said that there are some 1.4 million establishments and properties from which the KMC collects Municipal Utility & Conservancy Tax (MUCT) but this time it has been able to collect Rs280 million from 35,000 units only. He said the contractor of the project had not printed bills and receipts to collect the tax.

The CM said that the KMC has the potential to collect Rs1.5 billion against the MUCT alone as it can also auction the services of its filling stations and wedding grounds to the highest bidders.

“I want you to prepare a financial model and present it within the next 15 days, and then I’ll add the necessary input to turn the KMC into a rich organisation.” He also directed the LG department to issue a notification to take the collection of tax from mobile phone towers back from the Sindh Building Control Authority (SBCA) and hand it over to the KMC. “Whatever the SBCA has collected so far should be paid back to the KMC.”

The CM approved a Rs170 million grant for the KMC so that it can clear the salaries of its senior employees. He said that he will review the municipal body’s financial position every fortnight.