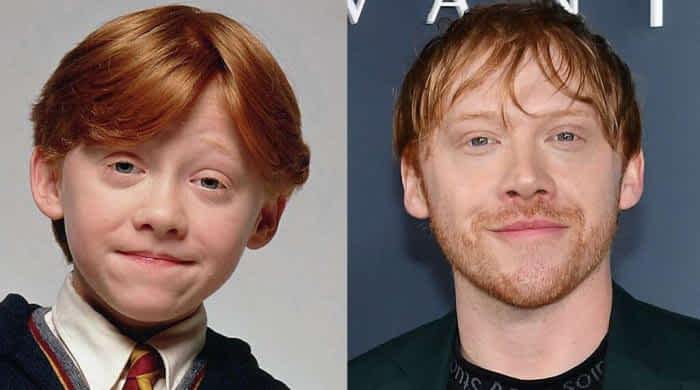 Rupert Grint got candid about dedicating 10 years to the Harry Potter movies and how he felt “overwhelmed” over playing the same character.

Speaking on the podcast Armchair Expert the Cherrybomb star said that while working in the hit movies was a “great” experience, he felt that doing the same movies, where he plays the character, Ron Weasley, for over 10 years left him craving for a different experience.

“It was a great experience. Such a nice kind of family atmosphere. It was always the same crew we kind of grew up with, so it was a great place to be. But sometimes it definitely felt like, ‘I want to do something else. See what else is out there.'”

When Rupert originally joined the crew there were only four books published and two movies lined up. This of course changed with the course of time and when the 32-year-old realised that he was bound to the franchise for 10 years, he felt the job was no less than homework at times.

“It just never ended. Every year, we came back. And it was kind of like Groundhog Day because it was the same sets. It was the same people. But it was great. I loved it.”

The Servant star shared that despite his long run with the franchise, he has only seen each movie once, with the exception of the first movie which he recently watched for a second time.

“It still feels too soon really. I can’t detach myself fully. I can’t face it,” he said, adding that even without re-watching them, he understood how accomplished the films were.

“I’ve got a very different perspective of it now that a long time has passed. I can appreciate what a feat it was.”