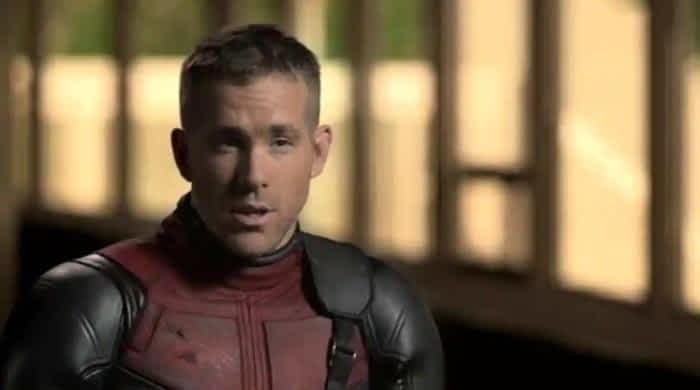 Ryan Reynolds came forth sharing pictures of a letter by a super-fan on the occasion his hit film Deadpool completing five years.

Ryan, who played the role of a self-aware superhero received a letter from a young boy named Hunter in 2016.

Ryan posted the pictures with the caption: “Five years later, I’m still in awe of Deadpool fans. Hunter wrote me this letter after Deadpool came out and somehow my response never got mailed. Holds up. Mostly.”

In the letter addressed to Mr. Deadpool, the fan explained how the letter is for his English assignment in which he was assigned to write to someone who he looks up to. Hunter further solemnly asks for advice from Ryan on how to be “more [expletive]” and invited him for beer.

Ryan’s letter begins with, “Thanks for all the kind words in your letter. I’m feeling really good about how Deadpool has been received so far.”

The Definitely, Maybe actor relayed advice to the young fan and implored him to stay true to what he likes in a witty way.

“Commit to one thing. For me, it’s acting.” The Canadian actor added that “acting and I are like Tom Brady and New England: together forever.”

Pakistan reaches deal with IMF on reforms for release of $500m