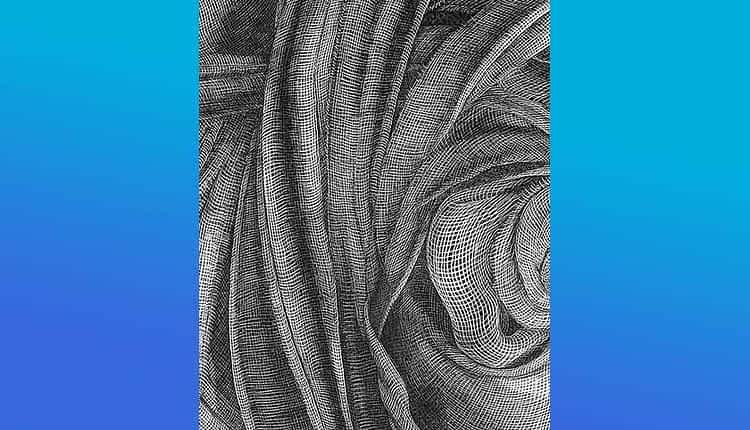 Paul Gauguin’s largest and “perhaps the finest work” titled, Where Do We Come From? What Are We? Where Are We Going? (1897), “reads from right to left, in the oriental fashion”.

Coming across this description on the French post-impressionist’s painting in the Time-Life Library publication, one speculates about the direction of viewing a work of art, as if deciphering a written page. There can be many links between images and words. In several societies, images were treated as signs to be decoded, and words were put as visuals, to be enjoyed for their aesthetic qualities – also. In Muslim cultures, for some obvious reasons, artists and audience preferred calligraphy in contrast to portraying living beings. The reluctance seems only for replicating human figures, because all other species are depicted by Muslim painters and carvers.

Call it faith, tradition, custom, or a general consensus, during Ramazan, several art galleries in Pakistan are inclined to hold calligraphic exhibitions – perhaps to join the pious bandwagon. The tendency is not different from those, who stop petty crimes and forbidden practices, and start praying five times a day – only in the month of fasting. Probably for some galleries, the regular course of art is an addiction and a superfluous indulgence; therefore, across the country shows of calligraphy are organised, along with some modern and enticing twists.

An exhibition, called Script, opening on Ramazan 6, is bound to generate the idea of similar, typical and usual display of sacred verses, religious quotes or devotional poetry at O Art Space Lahore. However, a viewer climbing up to the gallery space realises that Script is not about holy text, nor some divine content, not even the script. The exhibition, a project of Studio RM (being held from April 19 to May 10), corresponds to layers of language: readable, recognisable, and enjoyable.

Apart from two canvases by RM Naeem, and one by Shiblee Munir, which include names of the Holy Prophet (peace be upon him) and his family and references of Arabic text, the artists have treated script as a tool to convey different versions and possibilities of writing. Language in their hands appears not unlike the chewing gum that loses its initial form with grinding, shifting, inflating, yet retains its identity (like language) once emerges from the mouth.

A number of artists have dealt with the theme of script in a private manner. Adeel uz Zafar, in his Scripture I, a handmade book of seven pages, expands the definition of script. Meticulously and laboriously drawn lines, resembling weave of a muslin fabric, resonate the act of writing – line after line. The inkjet prints also, suggest presence of a parchment, a lost language, an inaccessible hieroglyph, because the act of incising these marks seems similar to the practice of inscribing words.

Words, no matter in which language they are written – are always composed in sequences; a singular line or sets of lines (paragraphs) arranged on a sheet. Taking linear aspect as a point of reference, Rehana Mangi constructs circles made of human (and horse) hair in her The Lives of Line I, and Circle. In both works, form of a circle is either repeated or stretched, but due to the material, the artist’s drawings appear to be a segment of a script – a dot.

Shah Abdullah also deals with dot (which in Arabic script is more a square than a circle) in his Nuqtas. The representation of this small, insignificant element of script becomes important as Abdullah renders it in Persian ink on gold leaf surface. In his other imposing and impressive Rabbana, Abdullah paints a section of incomprehensible writing, enlarged on a huge (90×174 inches) canvas. The letters grade in varying tones so what we read is a pattern, which like the language of music communicates on a sensory level. To some extent, the work reminds us of French artist Pierre Soulages, who enlarges the mark of brush strokes, and it is up to the viewer to understand it as language, or enjoy it as an abstract image. In both cases, the physical power of the visual is unavoidable, like Shah Abdullah’s canvas that covers a wall of the O Art Space.

As languages are found in every part of the world, script can be deciphered in every possible format. Jorge Luis Borges in his story The God’s Script conjures up an Aztec magician, a captive to Spanish conquistadors, who is confined to a cell surrounded by a cage with a jaguar; and seeking “a magical sentence with the power” written by God on the first day of Creation; “a formula of fourteen random words” in every form of nature, which he believes “would suffice to make me all powerful”, only to recognise that it was written on the coat of the tiger in the cage next door. To no avail, because “the mystery lettered on the tiger dies with me”.

The language written on the wings of a butterfly may also possess the same mystery, magic and meaning. Muhammad Zeeshan in his Untitled produces 49 images (using the technique of laser scoring) of butterflies, as if preserved in boxes. Their wings – what else is in a butterfly – are rendered as letters of an unknown script. Not readable, yet communicating ideas of beauty, harmony and perfection. Mohammad Atif Khan in his hand-stamped prints A Book Reopened II and Love Letter II constructs pages of a book with ants and flowers, composed in such a scheme that these look like a script, whether we understand it or not.

This gap between recognisability and readability is witnessed in Meher Afroz’s Kashf I and Kashf II, and in Mohammad Ali Talpur’s Raig Mahi. In these works, you are aware of the presence of language but you cannot access it (except for a few words in Afroz’s mixed media on paper). This may allude to the noise of rhetoric, impotency of vocabulary or language turning into a pattern; or just the joy of texture of language when it is spoken, and (hand) written. Because like every person’s voice and way of speaking, each individual’s handwriting turns the overpowering and ancient body of language into something personal, private and living. Talpur’s addition of a dead reptile underneath his incompressible text suggests the death of language, from the voice of a living being to the marks of alphabets on a piece of paper. A mummified version of a spoken tongue.

Ayaz Jokhio in his painting indicates that state of language, which was once alive in someone’s brain, uttered through vocal cords, heard by the ears of those present, but is now preserved like a corpse. His immaculately painted book (Still-Life/The Blue Book) is shut, with a book mark in the middle, confirming that even if a script is in our hands, it is still a closed book – like a work of art that you see, examine, analyse and write about, purely as a post script.