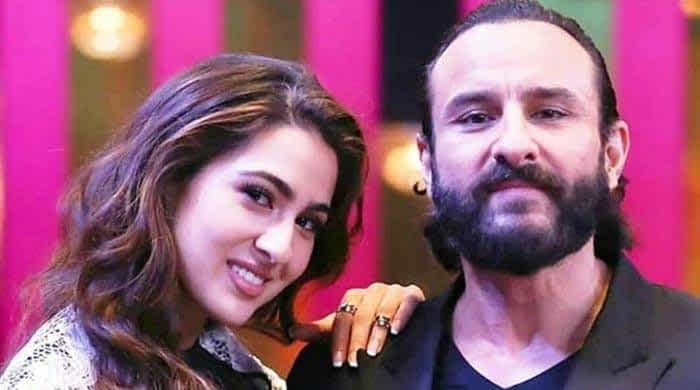 Bollywood megastar Saif Ali Khan had trolled his daughter Sara Ali Khan one for criticizing the industry despite having entered only recently.

His remarks were made during an episode of Koffee with Karan while he was sharing the couch with the newbie.

Karan had asked the father-daughter duo about toxic beauty standards and how people are opting for botox and fillers to keep up with the pressure of looking a certain way.

“Somewhere down the line, you have to gather the inner strength to stand up to that pressure and be comfortable in your skin,” Sara had responded.

“If you’re not comfortable and confident in who you are, then there will be 500 people willing to pull you down,” she added.

Saif chimed in saying “Brigitte Bardot” as he suddenly remembered the name of an actor he was talking about who had aged gracefully.

He then poked fun at his daughter, saying: “You were talking about people in this industry pulling you down after being here for three minutes. The trials and tribulations…”

Sara then asked her father: “But is it not true, father, that people do try to kind of make you feel insecure here, no matter what?”

“They do, management, PR, hair, make-up, everyone! I am not wrong,” said Sara as her dad agreed.