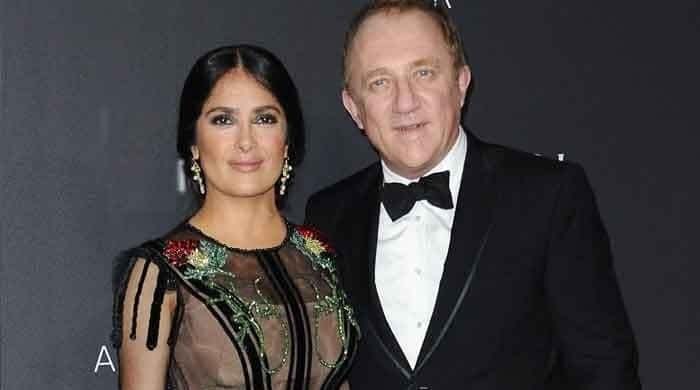 Salma Hayek has finally broken her silence on allegations that she tied the knot with French billionaire businessman François-Henri Pinault for money.

The actress,  who shares 12-year-old daughter Valentina with François Pinault, opened up about her relationship with 58-year-old billionaire tycoon during her appearance on Dax Shephard’s Armchair Expert podcast.

The Mexican beauty shared her feeling about François Pinault, saying: “He’s made me become a much better person, and grow in such a good, healthy way.”

The Oscar-nominated ‘Frida’ star tried to address the misconceptions of the critics about her decision to marry him, saying: “And, you know, when I married him, everybody said, ‘Oh, it’s arranged marriage, she married him for the money.”   She gushed over her man and said:  “Fifteen years together, and we are strong in love. And I don’t even get offended, I’m like, yeah, whatever.”

The 54-year-old continued: “We’re touching on a very interesting conversation. There is a discrimination also to rich men. Immediately you think because somebody’s rich, [they] might not be a good person.”

Salma Hayek appeared to be an ideal wife as she  highlighted  her husband’s work ethic, explaining: “My guy finished work no matter how hard it was — and trust me he has a lot of responsibilities — big smile on his face, happy to be home, happy to see me and the kids, make us laugh.”