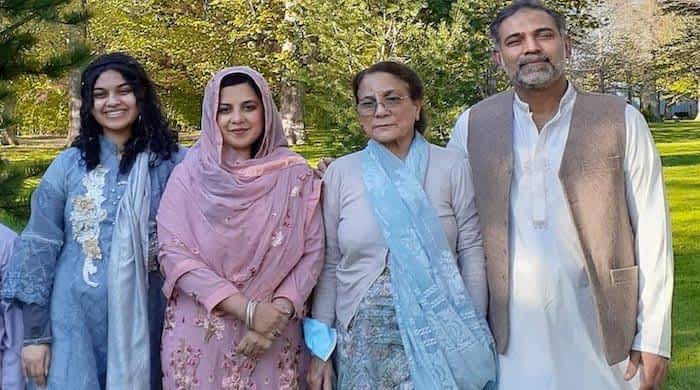 (from left) Yumna Afzaal, 15, Madiha Salman, 44, Afzaal’s grandmother, 74, and Salman Afzaal, 46, left to right, were out for an evening walk Sunday when they were run over by a truck in what police say was an attack motivated by anti-Muslim hate. Photo: Submitted by Afzaal family to CBC

ISLAMABAD: The family of the Pakistani-origin victims of the deadly attack in Ontario, Canada expressed  Tuesday their gratitude to Prime Minister of Pakistan Imran Khan, Foreign Minister Shah Mahmood Qureshi and Pakistan High Commissioner to Canada Raza Bashir Tarar for their support at a time of great tragedy.

The family of late Salman Afzaal, in a press statement, said that they were humbled by the support they had received during this very difficult time.

“We are grateful to those who paid their respects to our loved ones in the days following the horrific event that took place on June 6th and to those who attended this Saturday’s funeral service,” the statement said.

“The light in this very dark time had been seeing people from across Canada and around the world united to condemn racism and hate. This has been a great comfort to us all,” the family statement said.

Today, the statement said, new terror charges were laid against the man who struck down the family.