Samuel L. Jackson pays tribute to late Chadwick Boseman: ‘He gave kids a hero that they could aspire to’ 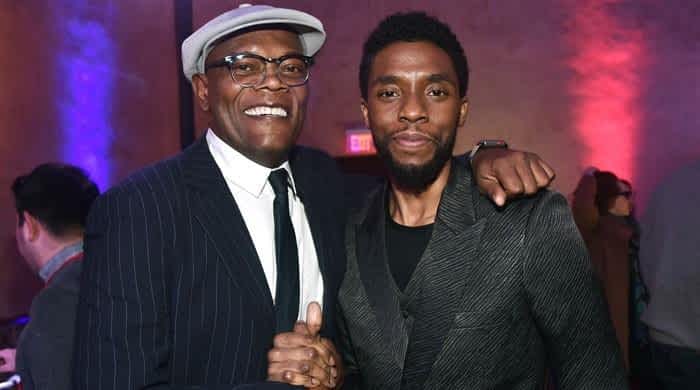 Samuel L. Jackson pays tribute to late Chadwick Boseman: ‘He gave kids a hero that they could aspire to’

Samuel L. Jackson recently shared his personal revelations regarding the legacy of Chadwick Boseman, as well as his impact upon the youth.

During his interview on the Tamron Hall Show, alongside wife LaTanya Richardson, the actor honored the late actor and shared his gut-wrenching reaction to his passing.

The actor began by admitting, “It was sudden to us all. I was trying to remember the last time I’d actually seen Chadwick. And I was talking to Zoe, our daughter, about it, and it was at the Captain Marvel premiere.”

However, when he actually learned of the actor’s passing, it left a hole in his heart. After all to lose “someone that’s such an important part of the culture, in terms of what he became to the world in terms of Black Panther.”

He concluded by pointing out how in such a short career span, Boseman was able to achieve that which takes most actors a lifetime worth of effort. “We all hope when we work that people remember things that we do.”

“But he imprinted society in such a way and impacted — especially the Black culture, and giving kids a hero that they could aspire to.”

Hence, “To lose him, I don’t even know if I would have been able to tell my kid that. I might have waited until they were older so they could process it better. It’s devastating.”

Juhi Chawla admits her children are ‘embarrassed’ of her film choices