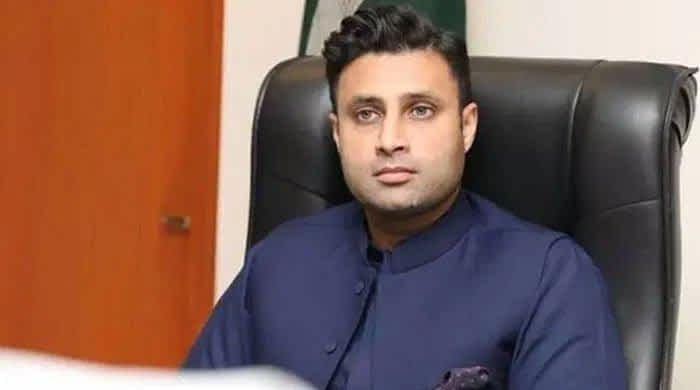 Special Assistant to the Prime Minister for Overseas Pakistanis and Human Resource Development Sayed Zulfiqar Bukhari announced that he is stepping down from his post over allegations made against him in Rawalpindi Ring Road inquiry.

The SAPM, who is known as Zulfi Bukhari, made the announcement on Twitter.

Bukhari said that he tendered his resignation as PM Imran Khan has always argued that a public office holder named in an inquiry should resign till, he or she are exonerated.

“My prime minister has always said that if a person has been named rightly or wrongly in any inquiry he should cease to hold any public office till his name has been cleared of charges. Owing to the allegations in ongoing Ring Road inquiry I want to set this example by resigning from office until my name is cleared up of any allegations and media’s obnoxious lies,” said Bukhari.

The SAPM reiterated that he has nothing to do with the Rawalpindi Ring Road or any ongoing Real Estate project of the country.

Despite the claims, he asked for “inquiry” done by capable personnel and also backed the idea of “judicial inquiry” of the project.

“I’m here to stay in Pakistan and stand united with the prime minister and his vision. I sacrificed my life overseas to come and serve my country, I am ready to face any inquiry,” said the SAPM.

Last week, the Punjab government removed six mid-career officers over their alleged involvement in the Rawalpindi Ring Road scam, a report in The News said.

An inquiry had been held at the highest level in the provincial government after which it emerged that changes had been made to the actual plan of the Rawalpindi Ring Road to create new road infrastructures.

These changes, the inquiry determined, were made to benefit some influential personalities. These changes would have increased the cost of the project by Rs25bn, said sources.

Implementation of the plan was stopped on the orders of Prime Minister Imran Khan once he was apprised of the scam.

The prime minister earlier had directed Punjab Chief Minister Usman Buzdar to launch a probe into the scam.

As soon as the report surfaced, the PMLN demanded the constitution of a judicial panel, comprising the judges of the Supreme Court, to investigate the Rawalpindi Ring Road scandal.

PML-N leader Ataullah Tarar, while talking to media at the party’s Model Town office, said that nowadays the Rawalpindi Ring Road scandal has been the talk of the town and many bureaucrats were transferred due to this scam.

He alleged that so far Rs2.3 billion has been paid to various property dealers and most of them were the frontmen of a close aide of Prime Minister Imran Khan and PTI minister Ghulam Sarwar. He also claimed that CM Punjab Usman Bazar held two meetings through PND to remodel the project.

He demanded the Punjab government to release the original plan of the project and tell the people that from where it was starting and where it was ending.

The PML-N leader alleged that the Punjab government was buying land and paying compensation only to like-minded people as many friends and advisers of the prime minister live there.

He recalled Imran Khan always said that he will not give NRO to the Opposition but he never took action against his own people and it seemed that this time he will again reward his people.

Tarar claimed that the PML-N had planned 26km but the PTI government extended it to 66 kilometres and this project was also extended to Islamabad.

He declared it as a daylight robbery by the PTI stalwarts.

“You have carried out this robbery using government resources and extended the project to 66 kilometres,” he said, adding the PML-N government was accused of wrongdoing in the Ashiana project, which was on public-private partnership and so far nothing came out of it.

He criticised the government for making government officials scapegoats.

The PML-N leader said on February 19, 2021, Usman Buzdar’s Adviser Salman Shah also approved it and two PTI leaders had been given crores of rupees.