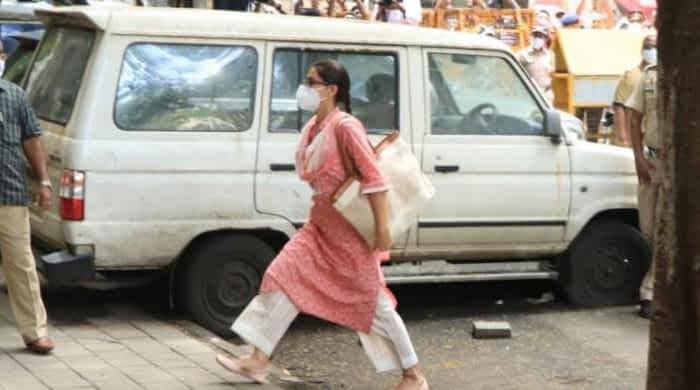 The Simmba actress arrived in Mumbai with her mother Amrita Singh and brother Ibrahim from Goa after the NCB summoned her for investigation in the Bollywood drug nexus case.

With the narcotics angle of the death of Sushant Singh Rajput, many A-List Bollywood celebrities have been summoned by the NCB.

Deepika Padukone and Shraddha Kapoor are also recording their statement with the NCB today.

Earlier, according to Indian media, Deepika Padukone and her manager Karishma Prakash have confessed to drug chats.

Extra security has been deployed for Deepika, Sara and Shraddha outside the NCB office.

Star US drummer pleads guilty to embezzling $750,000 from charity