Sarfraz Ahmed, 25 others unable to attain UAE visa for PSL 2021 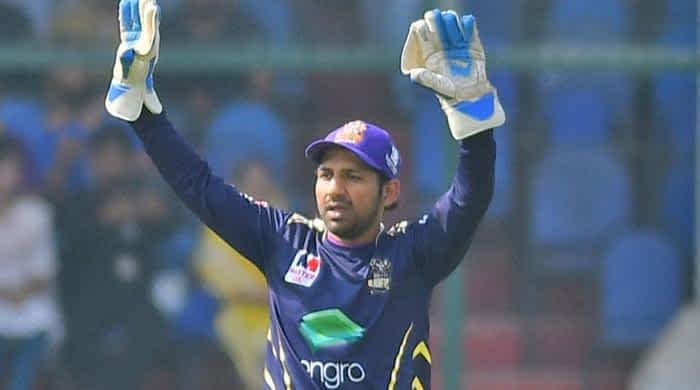 Twenty-five players and staff members of the Pakistan Super League’s (PSL) sixth-edition, including Quetta Gladiators’ Sarfaraz Ahmed,  have not been able to receive a visa to travel to the United Arab Emirates (UAE), sources said Thursday.

Meanwhile, players and staff members from Karachi have reached the airport in the metropolis and are awaiting their chartered flight which will take them to Abu Dhabi at 5pm.

The cricket board said players who will receive the visa after a delay will be taken to Abu Dhabi via a separate chartered plane.

The departure of chartered flights to the UAE for the remaining matches of the PSL’s sixth edition has been delayed at least by two hours due to some technical reason today.

This is the second time the players and officials’ departure for the UAE has been postponed.

The flight was previously scheduled to leave for the UAE at 8:00 am on Wednesday, which was later rescheduled to Thursday, 1 pm.

The same flight has now been rescheduled again, due to technical reasons, and is expected to fly for the UAE today (Thursday) at 5:00 pm, sources in the Pakistan Cricket Board (PCB) revealed.