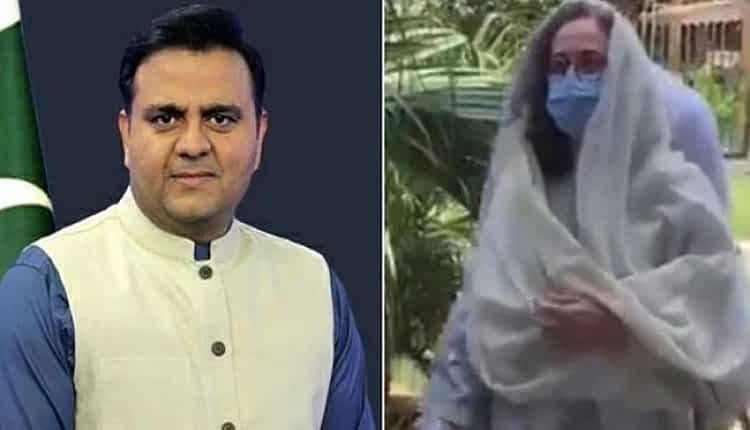 In a tweet earlier this week, Hussain had said that he had been “listening to the speeches of an undertrial judge (Justice Isa) of the Supreme Court for a week. If [I] answer, then lectures will start [ranging from] we are saddened to we have been insulted.

“Sir, if you too are fond of politics like your godfather Iftikhar Chaudhry (former chief justice of Pakistan), then resign and contest elections for the councillor. You will get to know about both [your] popularity and acceptance,” Hussain had further said.

In her petition, Sarina said Hussain through his tweet had “confirmed that secret cameras have been installed in the courtroom because he was hearing all that happened in [it], despite never having once attended a single hearing”.

She contended that her husband was still a judge of the Supreme Court and not an “undertrial prisoner”, adding that by referring to Justice Isa as an undertrial judge, the federal minister had “committed contempt of this court and of a sitting judge of this court”.

She also referred to Hussain’s use of the word godfather in his tweet, saying that it was a term used for criminal syndicates and mafia bosses and was thus “highly offensive to the dignity and respect of this honourable court [and] constitutes gross contempt”.

“If judges of the highest court of Pakistan are humiliated, disrespected and abused in this manner by a federal minister, then the Twitter brigade at their command and the combatants of the 5th generation warfare do much worse,” it added.

Sarina said that Hussain had “encouraged a barrage of attacks against Justice Isa” and he and others in the government wanted Justice Isa “not to hold his government accountable”.

She added that the minister’s tweets “present an intolerant and autocratic government and the image of a powerless Supreme Court, which has serious repercussions and undermines the independence and credibility of this honourable court”.

Sarina requested the court to initiate contempt of court proceedings against Hussain, punish him appropriately, remove him from office and direct him to shut down his Twitter account.