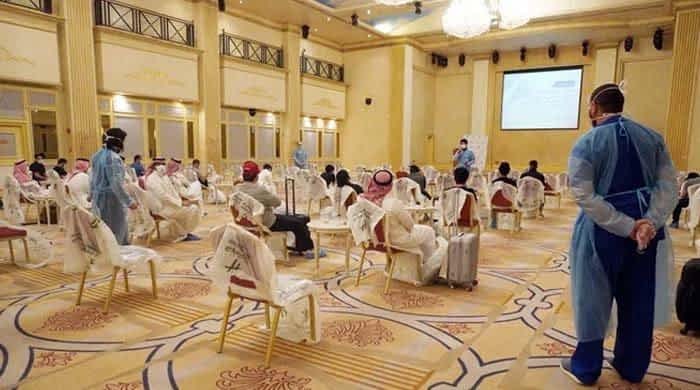 The Saudi General Authority of Civil Aviation has announced that people who have completed the vaccination process will not need to be quarantined upon arrival in Saudi Arabia, but it would be necessary for them to show a vaccination certificate certified issued by their governments.

Earlier, the Saudi General Authority had mandated a seven-day quarantine period for people who had not been vaccinated against coronavirus upon arrival in Saudi Arabia.

Per reports by Saudi Arabian media, the vaccines approved in Saudi Arabia include Pfizer/BioNTech, Moderna, AstraZeneca, and Johnson & Johnson.

It should be noted that the Saudi Arabian Ministry of Health has also recommended new protocols for Hajj this year.

The Ministry of Health says that Hajj applicants will have to undergo both doses of the coronavirus vaccine as well as a PCR test.

The pilgrims will have to get the vaccine approved by the Saudi government in their country, while the second dose of the vaccine must have been administered 14 days before arrival in Saudi Arabia.