SBP boss ‘confident’ ahead of Pakistan’s return to IMF 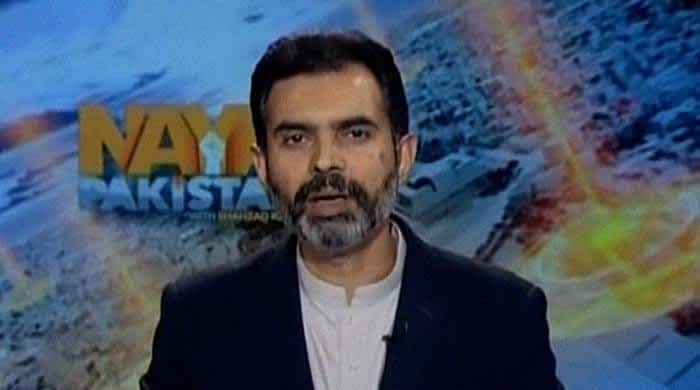 ISLAMABAD/KARACHI: State Bank of Pakistan (SBP) Governor Dr Reza Baqir said Sunday he was “confident” ahead of the country’s upcoming return to the International Monetary Fund (IMF) for financial assistance.

Baqir said Pakistan’s economic performance over the past couple of years should give confidence to the people as the country heads back to the IMF. “We’ve always tried to ensure that policies in the nation’s favour are implemented and we will continue to do so,” he added.

“There’s growth in various sectors, including cement and car sales, as well as fast-moving consumer products (FMCGs),” he said. “All of these have a 20-30% growth momentum.

“The SBP has therefore in its monetary policy revised [Pakistan’s] growth forecast to 3% and the expectation for the next fiscal year will be much more than this,” he added, noting that people should have the sense and hope that if the country passed the first test successfully, it would do so again as well.

IMF approached ‘when there’s no other option’

When Iqbal mentioned that there were concerns and fears in some quarters that returning to the IMF programme could lead to rising inflation and that the third coronavirus wave could hurt economic activity, Dr Baqir responded by saying Pakistan’s economy was in tatters at the time the country was forced to approach the IMF back in June-July 2019.

“Foreign exchange reserves at that time were $7 billion and today the figure is $13 billion. We managed to bump up our [foreign exchange] reserves despite the [coronavirus] shock wave that hit the world and we were able to do so due to our policies.

He said there were “many people worried as to why Pakistan had to go to the IMF” for help but clarified that during his experience working there for close to two decades, he observed that no country approached the global financial institution happily.

“Countries only go to the IMF when there’s no other option,” he said, adding that Pakistan had to reduce the “$19-billion trade deficit that we inherited” and that the figure has now turned into a surplus worth $800 million.

Pakistan to ‘take whatever concession possible’

In response to another question as to why Pakistan failed to better negotiate with the IMF — the current conditions of which stipulated bolstering the power tariffs, doing away with Rs140 billion worth of tax exemptions, and possibly new taxes worth Rs700-800 billion next year that would likely choke demand in the economy — he said there were “good negotiations already” and more would be done in the future as well.

“We will take whatever concession is possible; for example, there were fears of an increase in the interest rate when market learned that Pakistan may have to go back to the IMF. However, we gave a forward guidance during the Monetary Policy Committee (MPC) meeting two months ago.

“But we asserted that we are seeing the monetary policy settings will remain the same in the near future. Our economy has a lot of support from the current monetary policy.

“In one of our COVID-19 measures, the Temporary Economic Refinancing Facility (TERF), there has been an investment of Rs400-450 billion and that’s bringing momentum to the economy. There’s never been such a measure in Pakistan’s history before.

“In addition, during the coronavirus pandemic, loan markup and payments of Rs900 billion were deferred. Cheap loans worth Rs250 billion were given by the SBP to those companies that maintained jobs, which was a condition.

“We gave so much stimulus so that the economy may get out of this COVID-19 pandemic successfully. There’s a lot of momentum on the demand side.

“In negotiations with the IMF in the future, our primary focus would be to safeguard employment and this is how we will continue negotiating in the future.”

In the SBP’s recent report, Pakistan’s consumer price index (CPI) in March registered at 9.1%, money supply at 18%, and core inflation in rural and urban areas at 7.3% and 6.3%, respectively, the show host said.

In this regard, would the SBP be able to maintain its decisions and policies, Iqbal asked.

Baqir responded by saying the central bank gave a forward guidance and that the near-future “monetary policy settings will be maintained as they are now”.

“If, however, a change is required, it will be slow and measured,” he said, adding that at the moment, the MPC policymakers believed that supply-side factors were causing the inflation.

“The best response to these supply-side factors are administrative measures, which have less focus on policy rate.”

In response to Iqbal’s question as to what made Baqir so sure that the policy rate wouldn’t be bumped to over 13% as was done earlier, the SBP governor said it was “not the first instance” of a higher markup rate.

“We had to do it because our economy was going through a challenge, wherein Pakistan was facing a huge current account deficit. The solution to that had to be such that there wouldn’t be a repeat of that situation.

“We jacked up the policy rate for just 7-8 months but after that, we cut it down at a speed that’s never been seen before in the world.”

When asked if growth be sustainable this time around, Dr Baqir said he was “absolutely very confident in this”.

“Last time, when the GDP [gross domestic product] was rising, it was an artificial growth because the interest rate was kept at an artificial level, our exports weren’t increasing, and imports and consumption shot up considerably.

“In June 2019, our exchange rate through a reform was made market-based so it is being determined through different demand and supply factors. This is crucial in economic progress and growth in the future, exchange rate will play a good role and current account deficit will not rise as it did before.

“Never before in Pakistan’s history was the current account deficit so high and the trade balance deficit is increasing at present due to imports of capital goods, or machinery, which is a good reason.”

SBP ‘will definitely have capacity’ to lend in war-like situation

Speaking of likely amendments of the State Bank of Pakistan Act, 1956, the SBP boss said there was no mention of the central bank’s goals at present. “Vague language has been used in the preamble” of the legislature, he said.

“The current bill focuses on domestic price stability, financial stability, and support to the government in its policies for growth and development,” which he said were the key targets of central banks around the world.

“If domestic price stability and financial stability are kept on a priority, its benefit will be that growth in the future will not be artificial but sustainable.

“This is a crucial tool for the SBP to support growth. God forbid, however, if there’s a war, the central bank will definitely have the capacity [to lend] because it can inject liquidity in the secondary market where the government bonds are traded, it can buy the bonds, and commercial banks can give loans to the government in an emergency situation.”

In response to another question about Prime Minister Imran Khan’s economic team and how there was concern over finance ministers being changed continuously — from Asad Umar to Abdul Hafeez Shaikh to Hammad Azhar now — with Shaukat Tareen as an aide, the SBP boss said he believed it was “not appropriate” for him to comment.