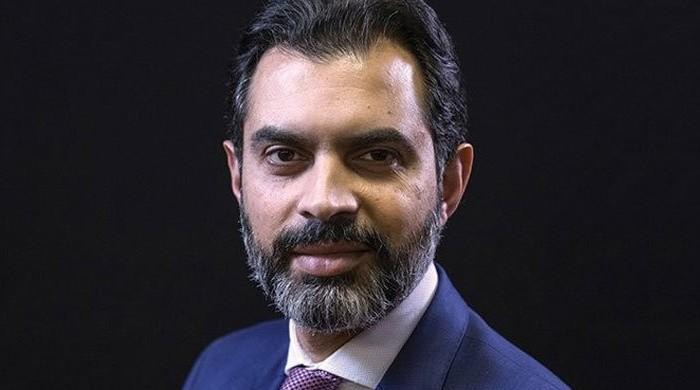 KARACHI: The State Bank of Pakistan (SBP) has decided to maintain the policy rate at 7%, Governor Dr Reza Baqir announced on Thursday, adding that the Monetary Policy Committee (MPC) has forecast the inflation to remain in the 7-9% range.

Addressing a press conference here in Karachi after the MPC’s meeting, Dr Reza Baqir said the decision was taken keeping in mind the current situation.

“The MPC’s inflation estimates are 7-9%,” he said, warning, however, that a temporary rise in the prices of food and beverages, as well as electricity, were likely.

The SBP’s top official said the reason behind inflation was not high demand. “Things are getting better than before,” he explained. “The economy is improving and Pakistan’s monetary policy supports it.

“The improvement is still not the kind that we would like to see for our nation,” he said.

Dr Reza Baqir noted that the production capacity was not being fully utilised and that the inflation was expected to rise as electricity prices increase.

“The MPC has also given a direction to the future and the SBP has provided guidance for the future as well this time.

“Our situation is better today. It’s not what it was at the time of the IMF [International Monetary Fund] programme” or in June 2019″, Baqir underlined.

The SBP governor mentioned that the Pakistani rupee strengthened when the US dollar was linked to the market rate. The exchange rate system was adapted to the market to improve the current account, he added, noting that the change was made in May-June 2019.

“We were asked if the dollar would skyrocket if left open [free as per the market system but] the Pakistani currency strengthened against it. Moreover, making it market-based made our currency stronger than other countries during the COVID-19 pandemic.

“During the coronavirus [pandemic], the Pakistani rupee fell 3.8% as opposed to those of other developing countries. Brazil’s currency fell 21%,” he explained.

“Further changes in the interest rate will be introduced in stages,” Dr Baqir said.

Key points from MPC’s statement”Domestic recovery has gained some further traction””Utility tariff increases may cause an uptick in inflation [but] this is likely to be transient”Inflation expected to “trend toward the 5-7 percent target range over the medium-term”With regard to the COVID-19 pandemic, external shocks such as the “still-elevated global cases, the emergence of new strains, and lingering uncertainties about the roll-out of vaccines” around the world “could slow the recovery””Large-scale manufacturing (LSM) grew by 7.4 percent (y/y) in October and 14.5 percent (y/y) in November” [but] “the level of manufacturing activity generally remained below average levels in FY19, pointing to continued spare capacity in the economy””Cotton output is likely to decline more than expected based on latest production estimates [but] likely to be offset by improved growth in other major crops and higher wheat production””While social distancing is still affecting some service sectors, wholesale, retail trade and transportation are expected to benefit from improvements in construction and manufacturing activity””Following five consecutive months of surpluses, the current account registered a deficit of $662 million in December” and “trade deficit rose due to a rise in imports of machinery and industrial raw material””Exports have also recovered to their pre-COVID monthly level of around $2 billion since September””SBP’s foreign exchange reserves have risen to $13 billion, their highest level since December 2017″”Provisional estimates suggest that net FBR revenue grew by 3.0 and 8.3 percent (y/y) in November and December, respectively””Working capital loans have also picked up for the first time since the onset of the Covid pandemic, although their level remains lower than last year””The price of perishables, wheat, pulses and rice has declined [due] to conducive weather and various measures taken by the government to address supply-side issues”