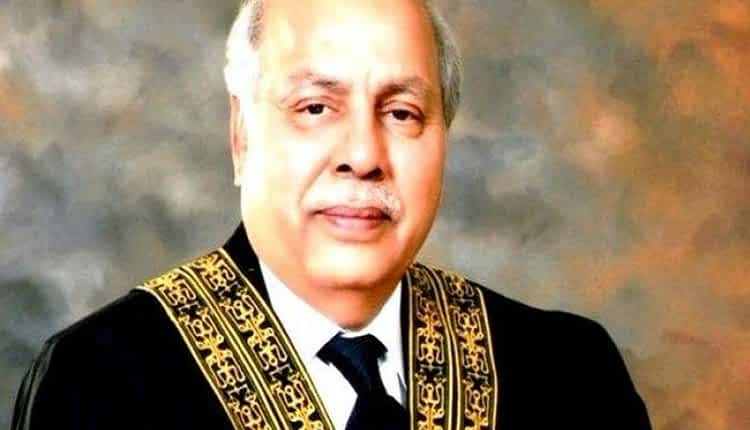 If you can’t clean a nullah, how can you run a province, asked Chief Justice Gulzar Ahmed Monday, irked at the Sindh government for not paying attention to Karachi’s civic issues.

The chief justice passed these remarks while presiding over a hearing of a case relating to the construction of a tower on Shahrah-e-Faisal.

He spoke about the city’s main artery, Shahrah-e-Faisal, saying that it has never declined in width but has only grown.

“The service roads on both sides have been encroached. Everyone is corrupt, even the commissioner is admitting that it has been encroached,” observed the CJP. He added that all the plots mentioned in the case are amenity plots.

“There is a building control authority, [but you can] give [them] money and do whatever you like. There is no government in Sindh,” observed the judge.

The court also asked the advocate general Sindh what the provincial government will do to ensure these practice are kept in check.

“Advocate general Sindh you tell us, you know everything. How can anyone else run your government? Someone will have to stand up and stop this,” remarked the court.

The top judge said that a parliamentary form of government is a strong one but reiterated that when such were the state of affairs that a provincial government cannot clean a nullah, how will it run an entire province.

“We gave the orders to clean the nullah over a year ago yet there seems to be a new excuse every day,” said the chief justice.

Justice Gulzar said Rs2.6 trillion were allocated for an education project that was started in 2014 and was finished in 2017. “This money could have been used to establish a world-class university,” he said.

The chief justice observed that Rs1.5 trillion have been set aside for reverse osmosis plants yet people in Tharparkar are dying of thirst.

“The Sindh government only has one plan: turn [the province] from bad to worse,” the chief justice lashed out.

He said authorities should decide what to do about the city’s civic issues. “This is not how you run a government,” he said. “In fact, there seems to be no government [in Sindh],” he added.

The court said that when authorities pass budgets, they allocate funds for themselves, not for the welfare of the people.

The court then adjourned the hearing of the case till June 16 due to the absence of Munir A Malik.