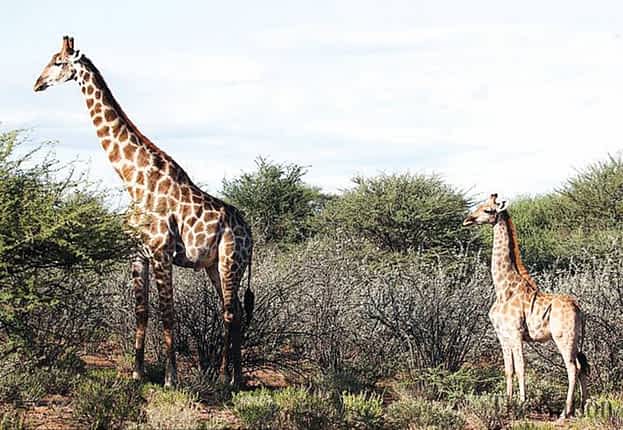 ISLAMABAD   –  The average height of a giraffe is around 18 feet, but scientist stumbled upon two that are half the size.Conservation scientists discovered a Nubian giraffe in Uganda that is nine feet, four inches tall and then an Angolan giraffe that stood just eight and a half feet.Baffled by both observations, the researchers could only come to one conclusion – dwarfism.Also known as skeletal dysplasia, the condition results in abnormalities bone development and is characterized by a shortened and irregularly proportioned anatomy.The dwarfism is known among humans and captive animals due to inbreeding, but has rarely been observed among wild animals – and the recent finds are the first to be documented in giraffes.Although the disorder has lowered the survival rate among domestic animals, the giraffes are now mature adults and the dwarfism should not decrease their lifespan, according to scientists.The two giraffes, nicknamed Gimil and Nigel, were spotted by conservation scientists working with with the Giraffe Conservation Foundation and the Smithsonian Conservation Biology Institute.