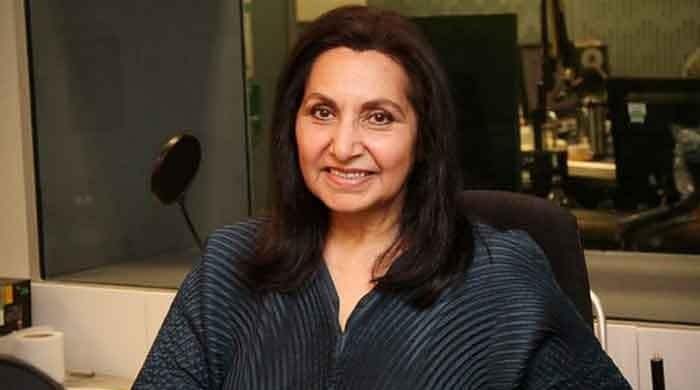 LONDON: A Lahore-born Pakistani Scottish Muslim is expected to be named next month as the new poet laureate, replacing Carol Ann Duffy.

Imtiaz Dharker, 65, would be the first Asian, Muslim or Pakistani person and second woman to become poet laureate in the position’s 350-year-long history. She has written about religion, identity, culture and feminism. She was born in Lahore to conservative parents but moved to live in Glasgow as a child and studied locally.

On Desert Island Discs in 2015 Dharker said: “I am a Pakistani Scottish Calvinist Muslim, adopted by India and married into Wales . . . Don’t try to put me in a box . . . I’m a cultural mongrel.”

The culture department said that an appointment has not yet been confirmed and the final decision will be taken by The Queen. It is understood that Dharker was chosen by the government to succeed Duffy when her ten-year term ends on April 30.

According to The Sunday Times, London, a 15-strong search committee of “poetry experts” set up by Wright picked Imtiaz to succeed Duffy, whose term expires on April 30.

Duffy, herself a member of the panel, had in the past praised Imtiaz for her “unique perspective in the diversity of English-language poetry”.

“Whether Imtiaz Dharker writes of exile, childhood, politics or grief, her clear-eyed attention brings each subject dazzlingly into focus,” Duffy had said. “She makes it look easy, this clarity and economy, but it is her deft phrasing, wit and grace that create this immediacy.”

Dharker was awarded the Queen’s Gold Medal for Poetry in 2014, and is a former poet-inresidence at Cambridge University Library.

Her first collection, Purdah, published in 1989, was titled after the Muslim and Hindu practice of keeping men and women separate.

Dharker’s work appears in GCSE and A-level syllabuses, and she speaks to more than 25,000 students a year in poetry recitals across the country.

While giving one talk, she explained the origin of her poem Tissue. She noticed her father had written her date of birth on the tissue paper on the back of a book.

While growing up in Scotland, Dharker has said that her Pakistani parents banned her from going out and dancing in the evenings, instead pushing her towards focusing on education.

“I spent a lot of my time looking out over the city and the shining lights, and feeling as if all of life was happening somewhere else, somewhere out there, somewhere where I was not,” she said.

She fell in love with an older man on the faculty of her university while studying, and the couple married and ran away to India shortly after Dharker’s final exams, never to see her mother again.

But following her divorce she would reconcile with her father and siblings, but Dharker said it is still ‘too painful’ to talk about it with them.

She married journalist Anil Dharkar and shifted to what was then Bombay with her then husband Anil Dharker, who now runs literary festivals in Mumbai. Her second husband, Welshman Simon Powell, founded Poetry Live before his death in 2009 following a struggle with cancer.