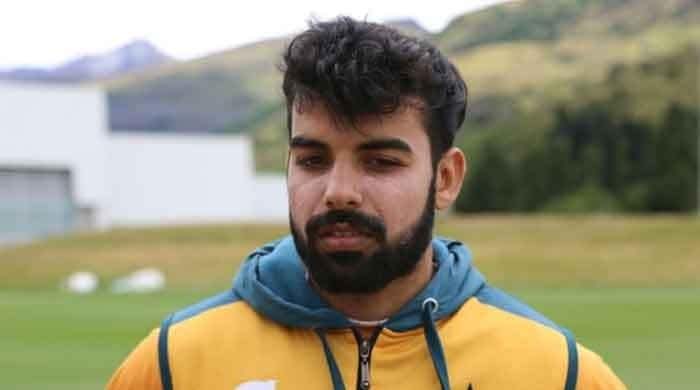 PRETORIA: Shadab Khan has been ruled out from further participation on the South Africa and Zimbabwe tours after suffering a left toe injury, the Pakistan Cricket Board (PCB) said Monday.

The PCB said that the all-rounder suffered a left toe injury while batting during the second One-Day International that has sidelined him for up to four weeks.

“X-rays conducted following the match revealed an ‘intra articular communicated fracture’ though there is neither any displacement nor angulation,” read the statement.

It added that the injury will be treated conservatively and Shadab will undergo a four-week rehab.

Currently, Pakistan are in South Africa to play three ODIs and four T20Is after which Green Shirts will travel to Zimbabwe for three T20Is and two Tests, before returning home on 12 May.

Meanwhile, Shadab Khan in a Twitter message said that he was working “very very hard” to regain fitness and will “bounce back and win matches for Pakistan”.

“Ball hit me on the toe while batting which has ruled me out of the tour. I am working very very hard and giving it my all, I have not been able to perform at the level I want to but hard work will InshAllah pay off. InshAllah I will bounce back and win matches for Pakistan,” Shadab said after the PCB statement.