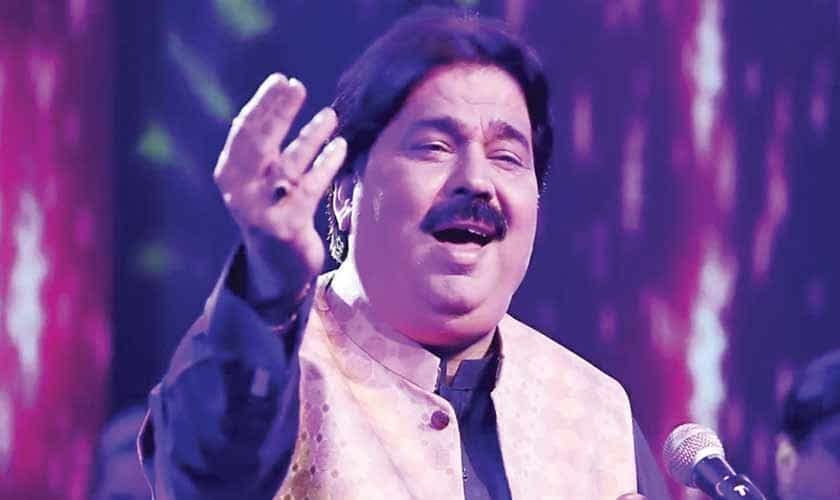 Certain vocalists become hugely popular because they cater to tastes that are in consonance with the common man. One such artiste was Shafaullah Rokhri who passed away during the prime of his performing years.

These vocalists are not formally trained; neither do they belong to a family of musicians. However, they gain prominence by being in synch with the expectations of the man in the street.

Ataullah Khan Essakhelvi is a supreme example of such talent. He is from Mianwali’s Essakhel area. Shafaullah, too, was from Rokhri, in the same vicinity, and there was much that was common between the two, especially the kind of sentiment that they expressed through their music. The most important aspect of popular vocalists is the lyric. Most people in the street pay attention to the lyrics and once those strike a chord with them then the song format becomes endearing. This has been the case with Ataullah Essakhelvi and was also the case with Shafaullah Rokhri.

As vocalists, they also represent a certain culture or ethos. Many popular videos show Rokhri being showered with currency notes by people, his fans. Unruffled, however, he is seen performing to their requests as if this is what he is expected to do. The people inundate the vocalist with requests for numbers that they like and the performer dares not say no any farmaish. He complies and the people go ecstatic after their requests are instantly gratified.

A similar treatment is meted out to qawwals, especially on the numbers that are in the vernacular and mundane rather than spiritual in character. The sentimental ambivalence adds spice to the emotional response and evokes an outpouring that is quite melodramatic in nature.

All these vocalists play around with lyrics that espouse a very melodramatic content. People holding on to something precious do kind of relate with what is being expressed. For the man in the street, the sentiment of love is an exaggerated outpouring, a relief against that which society holds them back from, so its expression is over and above what would normally be called classic restraint. In all popular expression, and in contemporary folk, the maudlin is prevalent. This refrain characterizes the purity of expression. The more the merrier, and the absence of it, or its dispassion might be seen as being too distant or empty of emotion. Its outburst is its authenticity. The greater the intensity, the more it is seen as beautiful.

During the Bhutto years, everything awami became fashionable. Lok music, too, was looked at anew and it came out of the shadow of being seen as uncouth, raw and unfinished.

This kind of going overboard is not usual in our classical poetry: the poetry of the major Punjabi poets. The brimming over is found usually in the popular folk expression, in the bolian, the geets that represent the people. The pent-upping is expressed in reverse in a bloated conceit and the performance wallowing in that.

In the stretch from Mianwali to Thal and then to Sargodha, the ang is more or less the same and is distinct from the one that is heard in Multan and Bahawalpur as well as Upper Sindh. The sound of the dialect, too, has shaped the enunciation of the sur making it drip more with sentimentality.

During the Bhutto years, everything awami became fashionable. Lok music, too, was looked at anew. It came out of the shadow of being seen as uncouth, raw and unfinished. It was now seen as the expression of the under-privileged who actually mattered. The tables were turned on high culture. Folk culture was, for the first time, seen as the authentic voice of the people and hence the country. This line of argument has stayed its course since then.

Ataullah Essakhelvi moved away because of his popularity with an intimate group who readily have access to him, but Shafaullah Rokhri performed live to groups till the end. Therefore, his performance was an act greater than that of a music number. It reflected the way singing or singing live is perceived in a cultural context. The disruptive interaction is seen as a part of the complete act.

Despite vaccines, COVID fight is long one: scientists