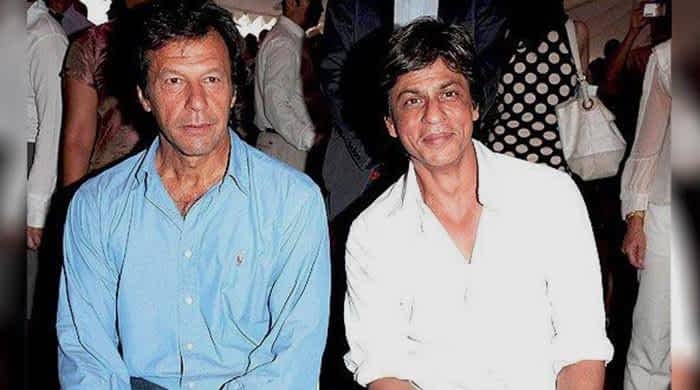 While there are fans crazed over Bollywood megastar Shah Rukh Khan it turns out that the actor is a major fan of none other than Prime Minister Imran Khan.

In a 2016 interview, he recalled his first encounter with the cricketer-turned-politician and how it did not go according to plan.

Apparently Imran, who was playing cricket at the time, was dismissed for a low score after which the actor approached him for an autograph.

“My fan moment, I don’t know. It was kind of negative. I asked Mr Imran Khan for an autograph but he got a little angry because he had just gotten an out from a low score.”

In a later interview, the Kuch Kuch Hota Hai star detailed the encounter stating that he did in fact clear things up with the PM.

“When we were growing up I really liked sportsman Imran Khan sab. I even got a chance to meet him when he came to Delhi and he ended up scolding me. That was my first meeting as a fan with anyone,” he said.

“He scolded quite a lot. But then I complained to him about it three years ago.”

“He had gotten an out after a few runs and the team was struggling. I was just standing there waiting to get his autograph knowing I would only get that chance if he gets an out, which he did. But he was really angry at the time so he just scolded me, making sure I’d get out of his way. I told him about how bad that felt later on but yeah, big fan.”

Blood feuds claim hundreds of lives across KP every year