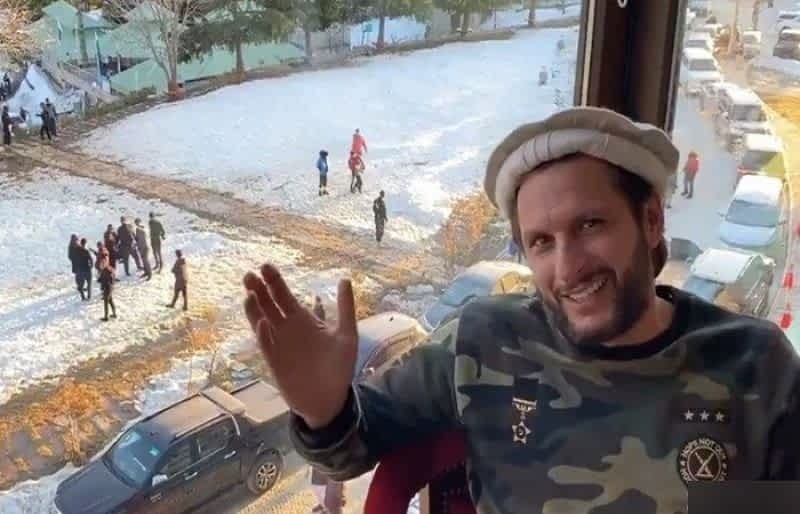 Afridi can be seen in the video, sitting beside a large window that capture the lofty, snow-covered mountains with interspersed trees in the background.

“Mera aur apka Pakistan (Mine and your Pakistan),” he says in the video clip. “Beautiful.”

A couple of days earlier, the former Pakistan cricket captain had tweeted about his visit to his ancestral village.

The swashbuckling all-rounder tweeted about meeting his family, people of the village and checking up on the status of his foundation’s hospital.

“With the family visiting our ancestral village-great meeting the locals, family & to check on progress of the hospital, whilst indulging on local delicacies,” he tweeted.

One of the pictures features the former cricket captain strolling by as a couple of local children ride a cycle. In another, he can be seen driving a tractor.