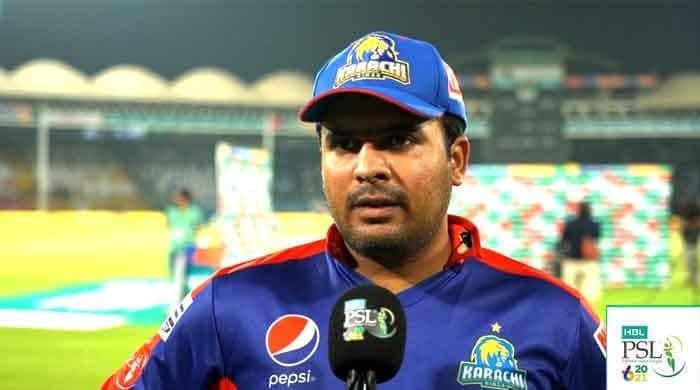 LAHORE: Opening batsman Sharjeel Khan has spoken on his fitness issue after questions were raised about him being out-of-shape for the big series.

While addressing a virtual press conference on Tuesday, Sharjeel Khan said that he is working hard to shed the excess kilos but is dismissive of the notion that his fitness (or lack thereof) can have any impact on his batting prowess.

“I do not have any fitness issues,” he said, adding that he has never missed a match due to fitness and completed domestic season.

The left-hander has been in discussions in cricket circles ever since he was selected for the African tour. He has been inducted into the national squad after four years.

Skipper Babar Azam and former Pakistan captain Wasim Akram had commented about his fitness. “Sharjeel Khan will work on his fitness. You cannot expect him to become [as fit as] Shadab Khan overnight,” Babar had said.

Sharjeel has been put through a special training plan called Elite Player Fitness Program to trim down.

Giving details of the program, he said: “I am following the plan I have been given by trainer Yasir Malik. I am working individually. I ran for 15km in a single day.”

He also dismissed speculations about him being under any sort of pressure. “I am don’t know of any negative talk.”

About the training session being held in Lahore, he said that he has been supported by everyone and sports has always been his focus.

“Right now fitness is my target.”

VW confirms it will rebrand US unit as ‘Voltswagen’