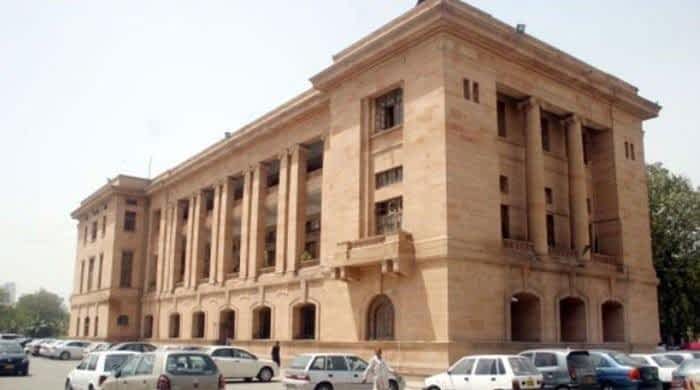 KARACHI: Students who appeared in the Medical and Dental College Admission Test (MDCAT) 2020 have filed a fresh petition in the Sindh High Court (SHC) over the  problems they faced in the entry test.

During today’s hearing, the lawyer representing the students told the court that the regulatory body Pakistan Medical Commission (PMC) had assured his clients that it would not ask them questions out of the syllabus but the opposite happened.

The lawyer also informed the court that his petitioners had cleared the MDCAT exam.

However, the students’ counsel contended that students marks had been mixed up.

On the other hand, PMC’s lawyer Zeeshan Abdullah told the court that the PMC has released the MDCAT results. He informed that over 100,000 students took part in the exam out of which 67,000 cleared it.

Upon hearing the arguments, the court directed PMC to submit its reply pertaining to the case and adjourned the hearing till January 4.

On Monday, various students of medicine banded together to run a protest campaign on Twitter against the Pakistan Medical Council (PMC) over what they claim was an unfair MDCAT 2020 exam.

In a post on Twitter, one of the campaigners announced the start of “this battle against this TYRANNICAL GOV”, asking students to use the #SaveOurFuture hashtag and requesting others to join in as well.

Earlier, the students of medicine had organised a press conference at the Lahore Press Club, asking “for justice”. Among their demands for a fair MDCAT 2020 was a choice of “deletion of wrong MCQs”, “giving grace marks” or “a reconduct at a provincial level”.