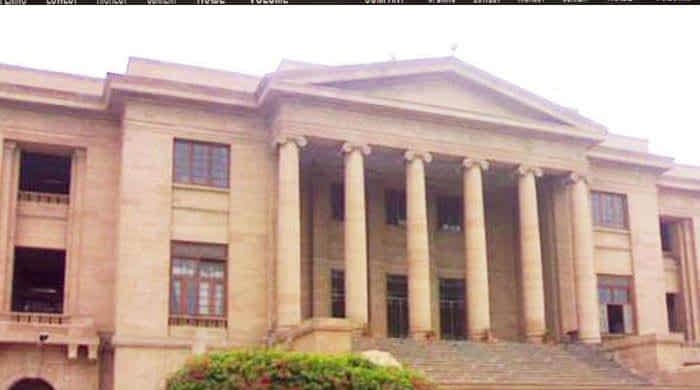 The Sindh High Court (SHC) on Monday expressed its dissatisfaction at the performance of civic agencies to deal with rainfall in the city and directed the Cantonment Board Clifton (CBC) and Defence Housing Authority (DHA) to file detailed reports on efforts being made for effective drainage of rainwater in their respective areas during monsoon rains.

Hearing a petition with regard to effective infrastructure for sewerage and drainage system, and compensation for life and damages to property suffered by the citizens of Karachi during the last year rainfall, a division bench of the SHC headed by Justice Syed Hasan Azhar Rizvi observed that the condition of the CBC and DHA areas was worse than other parts of the city during the last year’s monsoon rains.

The high court observed that the entire city was submerged during the last monsoon rains and no civic agency seemed to be working to help the affected people except non-government organisations. The bench inquired a law officer why the government departments did not come to rescue the rain-affected people in the city.

The high court inquired a CBC law officer what steps had been taken to prevent the infrastructure of the city in forthcoming monsoon, observing that only cosmetic arrangements had been made to deal with monsoon rains.

A counsel for the CBC submitted that the rain-affected areas had been identified and steps were being taken to improve the drainage infrastructure there. The SHC directed the cantonment and DHA counsel to submit detailed reports on the steps taken for effective drainage in their respective areas.

Petitioner Azar Kalwar and other residents of DHA and Clifton had submitted in the petition that at least 41 people were killed across Karachi after the rain on August 27 and 28 last year. They submitted that residents of Karachi, including DHA and cantonment areas, suffered millions of rupees losses due to catastrophic flooding.

Petitioners’ counsel Mohsin Shahwani, Salman Mirza and others submitted that heavy rains wreaked havoc the city and the authorities responsible for handling the situation had failed to perform their duties.

They said there was complete failure on part of the Karachi Metropolitan Corporation, cantonment boards, Karachi Water and Sewerage Board, Sindh Solid Waste Management Board, DHA and Karachi Development Authority as these authorities were extracting millions of rupees through taxes of different heads however nothing was being spent on the infrastructure. They submitted that there should have been a complete audit of amount being received by them as nothing was being applied for the maintenance of the infrastructure.

They sought constitution of a committee to conduct comprehensive evaluation in respect of drainage infrastructure and a direction to the DHA and cantonment boards to take all the necessary steps for construction of an efficient storm water drainage system.