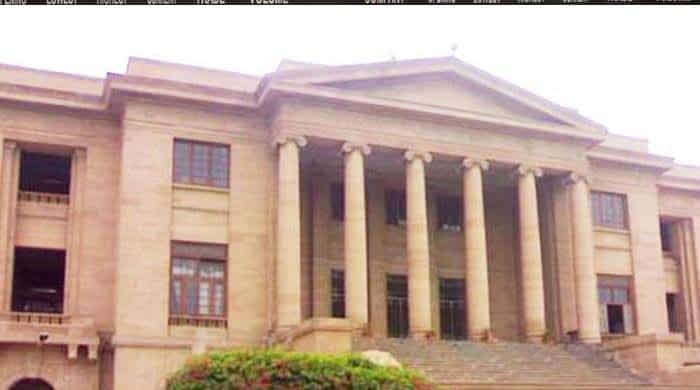 The Sindh High Court (SHC) on Monday took exception to the non-filing of a compliance report by the provincial irrigation minister, chief secretary and irrigation secretary on court orders and observed that no progress report had been filed by the alleged contemnors with respect to the period from January 18 till February 1.

The high court directed Sindh Irrigation Minister Sohail Anwar Sial, Chief Secretary Syed Mumtaz Ali Shah and Irrigation Secretary Mohammad Saleem Raza to appear before the court on March 8 so that charges could be framed against them for disobeying the court order on January 18.

The SHC had earlier issued show cause notices to the three for not complying with the court directives with regard to the removal of encroachments from the land of the irrigation department.

A full bench of the SHC headed by Justice Mohammad Iqbal Kalhoro observed that an undertaking was given by the minister of irrigation, chief secretary and secretary irrigation that encroachments would be removed from the land of the irrigation department.

The bench observed that the irrigation minister and chief secretary had been directed to furnish a progress report in compliance with the undertaking; however, no progress report was submitted by them and the relevant order of the court was still to be obeyed.

The high court observed that prima facie default of the undertaking merited issuance of contempt of court proceedings against the executants. The bench observed that the alleged contemnors were given opportunity to file a compliance report from January 18 till February 1 but the same was not filed. The high court directed the alleged contemnors to appear before the court on March 8 for framing of contempt of court charges.

On a previous hearing, the SHC had observed that efforts on ground did not prima facie appear to adhere to the timelines undertook before the court and expected that the respondents and functionaries shall ensure progress at a rate commensurate with the deadline to which they shall be responsible.

The SHC had been informed through the undertaking that encroachments shall be removed in three phases. In the first phase, encroachments would be removed from the irrigation main canals, branch canals, distributaries, drains and embankments in order

to clear hindrance from activation of the irrigation system.

The bench had ordered that the entire exercise for the removal of encroachments from the land of the irrigation department was to be concluded by June 30, 2021, with the first phase by February 28, second phase by April 30 and third phase by June 30.