SHC voices dismay at police for failing to protect girl 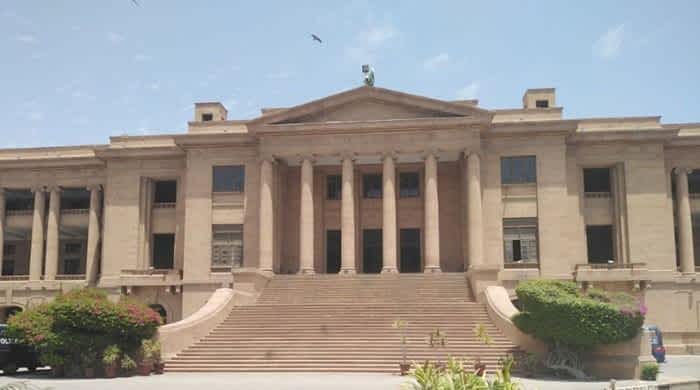 Expressing dismay at police for their failure to look after Arzoo despite the court’s order, the Sindh High Court on Monday directed police to find the teenage girl, move her to a shelter home in three days, and produce her before the court at the next hearing on November 5.

The direction came on an application filed by the Sindh government, seeking clarification of the court’s October 27 order in which the SHC had restrained the Frere police from making any arrests in connection with an FIR against the man accused of kidnapping the Christian girl, forcibly converting her to Islam and forcing her into marriage.

Conversely, Arzoo had sought a court injunction against the registration of the FIR against her “spouse and in-laws” by her Christian family at the Frere police station by filing a constitutional petition with the SHC. In her petition, she said she had converted to Islam with her free will and had also asked her family members to embrace Islam but they had refused. She said she had married Syed Ali Azhar with her free will “without duress and fear” but her family members had been annoyed and subsequently registered a kidnapping case against her spouse and in-laws.

She said she had informed the SHO Frere police about her conversion to Islam as well her marriage with the man after obtaining permission and affidavit of free will from the competent authority. She, however, said that despite duly receiving intimation from her, the official of the Frere police station did not give her acknowledgement.

Six days after the court’s October 27 order, the Sindh police applied for an urgent hearing. Sindh Advocate General Salman Talibuddin said the court may please to clarify the October 27 order that did not allow the SHO Preedy police, who may if considered necessary, to ensure the safety and protection of Arzoo by placing her in the care of Dar-ul-Aman.

DSP Legal Raza Mian submitted in an affidavit that after obtaining the order from the court, Azhar Ali had taken Arzoo from the address given in the title of the petition to an undisclosed location and the SHO Preedy, who has been directed to protect Arzoo, was unable to comply with the order. The DSP expressed fear that Arzoo was being held against her will as the free-will affidavit submitted by Arzoo shown her age at 18, while her actual date of birth was July 31, 2007 which meant she was only 13 when the affidavit was signed and the so-called marriage was contracted with Azhar Ali.

A division bench, headed by Justice Mohammad Karim Khan Agha, after hearing arguments of the AG, observed that in this case, the dispute was twofold. Firstly, the court said, the age of Arzoo according to her family was 13 and certificates had been produced before the court in this regard. The second issue, the court said, was that if the girl had converted to Islam with her free will and that if her marriage with Ali Azhar was valid.

The court expressed its surprise that despite the court had ordered the protection of the petitioner, police were not able to keep eye on her and did not know her whereabouts. The court directed the anti-violent crime cell’s SSP to ensure that the officers under his command found the petitioner and immediately placed her in the Panah Shelter Home which shall ensure her security.

The court observed that the petitioner shall be produced before the court which shall look further into the matter regarding her age. The court observed that it was expected that the petitioner is recovered and placed at the shelter home within three days. The court issued notices to all relevant parties, including Ali Azhar, on the application of police and adjourned the hearing till November 5.