Shehbaz would be PM if he wasn’t loyal to Nawaz, says PML-N’s Maryam Nawaz 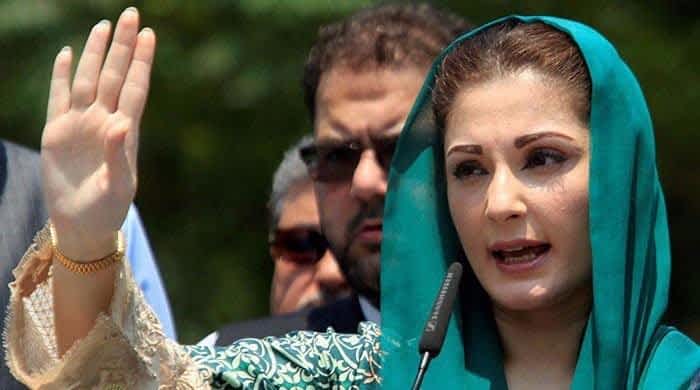 PML-N Vice President Maryam Nawaz says she has received the resignations of 159 of 160 Punjab Assembly lawmakers.

Maryam spoke to the media about the Shehbaz-Durrani meeting, her Sukkur trip, PDM’s future plans, resignations of lawmakers and more just before leaving for Sukkur on Saturday.

A day earlier, JUI-F’s Fazlur Rehman and PML-N’s Maryam had turned down a proposal to hold a grand dialogue with the government, which came under discussion during a recent meeting between PML-F’s Ali Durrani and PML-N’s Shehbaz Sharif in jail.

She said the party will decide when to submit the resignations to the assembly speaker.

The PML-N vice-president will arrive in Sukkur via the Sukkur-Multan motorway along with other PML-N leaders. She will address a workers’ convention in Sukkur at 6pm today (Saturday) and will hold meetings with party leaders in the city.

Her visit comes as the Pakistan Democratic Movement (PDM) prepares for phase two of its anti-government drive.

‘Had Shehbaz Sharif not been loyal, he would be the prime minister today’

When one is in jail, they do not know who is coming to meet them, Maryam said when asked about the Durrani-Shehbaz meetup.

“You are suddenly told in jail when someone comes to meet you,” she said.

She said Shehbaz is loyal to his brother Nawaz Sharif and is in jail with his son because of it. “If Shehbaz Sharif had not been loyal, he would have been the Prime Minister himself today,” Maryam said.

“Even before Durrani met Shehbaz, we have been contacted by government ministers,” she said, adding that it is clear that there will be no talks with this fake government.

“It is strange that where family members are not being allowed to met, how are others meeting?” she asked.