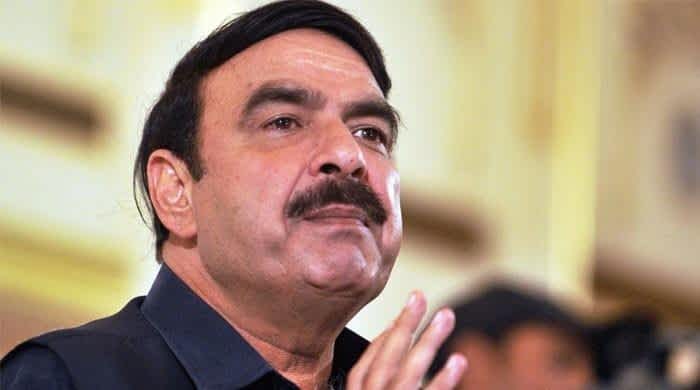 LAHORE: Days after Ayaz Sadiq’s statement in the National Assembly, Minister for Railways Sheikh Rashid Ahmed on Saturday warned that the there could be dangerous consequence of picking up a fight against the state.

Addressing a press conference in Lahore, the minister said a political fight was well within the oppositions’ rights but they had no right to stage a war against the state.

He warned that the opposition’s stance could hurt political forces in the country.

“I don’t get why Nawaz Sharif has launched Ayaz Sadiq — who was quiet in the last 2.5 years,” he said. “This is all happening as per Nawaz and Maryam’s instructions.”

Ahmed said Ayaz Sadiq’s comments had saddened and hurt the armed forces. “Our soldiers and generals are both respectable.”

The Awami Muslim League chief advised politicians to be reasonable. He said if the Opposition wanted a political fight then Imran Khan will come to the field.

He said the premier hadn’t said no to talks. “Doors for negotiations are never close. If the PPP and PML-N can unite then so can other parties.”

“Dialogues and negotiations are part of politics,” stressed the veteran politician.

Ahmed noted that JUI-F chief Maulana Fazlur Rehman has the power of religious schools but he is dependent on big political parties.

“The PPP is playing smart,” he noted of the Bilawal Bhutto Zardari-led party.

“At this point, anything can happen in politics.”