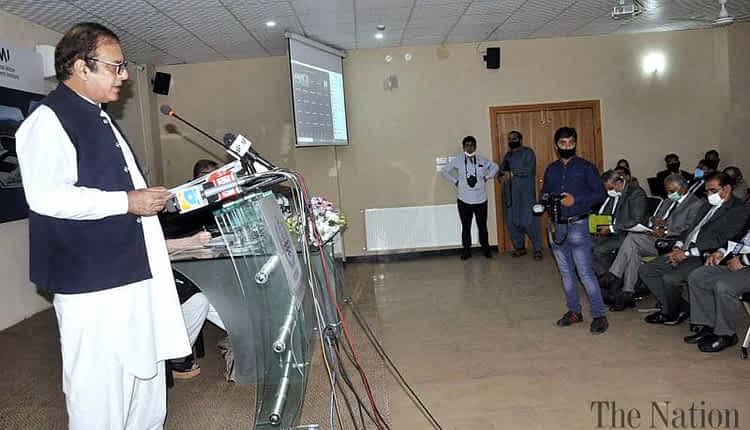 Addressing a ceremony in Islamabad, he said, “We have to give next generations a water secure Pakistan.”

Shibli Faraz pointed out that Pakistan Council of Research in Water Resources and Capital Development Authority have recently signed a programme of cooperation for artificial groundwater recharge and development of an evidence-based groundwater regulatory framework for Islamabad. “With the help of scientific data and smart technologies we can take the matters towards improvement,” he said.

The minister said that Himalayan glaciers in the north are the largest frozen water reserves outside the polar region. While fertile alluvial plains of Punjab and Sindh provinces are irrigated by one of the largest contiguous irrigation systems of the world. He said this system has contributed in developing 4th largest groundwater aquifer in the world after China, India and USA.

Shibli Faraz said, “Despites these natural resources, we are facing serious water issues and governance challenges. Climate change phenomenon has put Pakistan amongst the most vulnerable countries in the world.

As a nation, we are heading towards water scarcity. A sign of this alarming situation is that, about 27,000 children dying annually due to water borne diseases.”

Strict action against one wheeling ordered